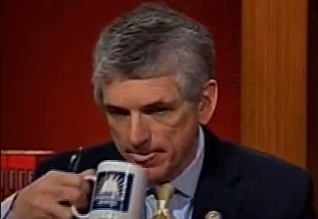 From the Suzanne Patrick for Congress campaign in Virginia's 2nd CD:

Once again, Congressman Scott Rigell is flip flopping and saying one thing in the district and doing another in DC. Friday afternoon on NPR in Hampton Roads, Congressman Rigell said he wanted to raise the minimum wage but in Washington DC last year, he voted against it.

“The 200 miles between Hampton Roads and Washington DC don’t seem that far away but it’s a world apart between what Congressman Rigell says and does.   I’m disappointed that Congressman Rigell continues to tell our families here that he supports raising the minimum wage but turns around in DC and votes against it.  We need to raise the minimum wage to help our families here in Hampton Roads.  Not only do I say that I’ll support the minimum wage, but I would actually vote to increase it,” said Suzanne Patrick, candidate for Virginia’s Second Congressional District.

This hypocrisy is a continued pattern of Congressman Rigell saying one thing to Hampton Roads residents and then doing the opposite in Congress.