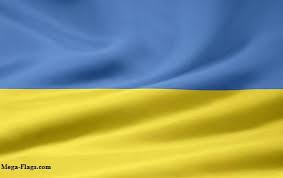 I do not claim to be an expert on the Ukrainian situation, but I have been following the story. And this I believe to be one aspect of what’s going on.

The Russians are already greatly impinging upon Ukraine in the eastern part, albeit in disguise. So it is a serious violation of another nation’s sovereignty and territorial integrity, but it is not the invasion of one country by another. Yet.

The Ukrainians have no choice, if they are to defend the integrity of their nation, but to use force to reestablish its control over its own integrity by turning back the covert, partial Russian takeover of the eastern region. If the Ukrainian government in Kiev were to acquiesce, the battle would be forfeited and Russia would take the East as it has already taken Crimea.

On the other hand, there is reason to think that the Russians might not choose to impose their will be force: doing so would impose a cost to the Russians were they to send in an explicitly Russian force in mass. (Such an invasion, I am supposing, is what they would need to do to overcome Ukraine’s national forces after those forces had defeated the “insurgents” –including Russian agents and military.)

I myself would not bet on Putin being deterred by that cost in terms of international reputation. He is choosing to be seen as strong and tough. He is greatly pained by the loss of superpower status. Meanwhile, he’s willing to cast aside whatever concern he might once have cared about being seen as a decent guy to include in the international system. With this old KGB thug, he’d rather be feared than loved.

So, I’m worried for the Ukrainians in making this bet.

But hey, in a great many cultures, honor requires that one be willing to pay a price for one’s nation, and not just surrender pre-emptively. So the Ukrainians, whatever their assessment of the probabilities, are acting on the basis of hope.

This forceful Ukrainian action hands over the decision to a menacing Putin Regime, hoping that the Russians will choose not to cross that line.

The Russians know, I expect, that the invasion of Ukraine with Russian forces would transform the European perceptions of Russia in a non-trivial way. From taking a piece of Georgia back in 2008 to taking Crimea a month ago to then sending Russian forces in numbers over their borders– this escalation would cement the sense of Russia as a rogue nation endangering the world’s peace.

(By the way, it is times like this that I remember how painful it was to have an American regime, back in the disgraceful era of the launch of the Iraq war, that was seen for a while as a rogue nation, endangering the world’s peace.)

What a tragedy that Russia — emergent out of a communist, Soviet era after dark and painful decades of totalitarianism — has not been able to emerge into a politically healthy system. What a missed opportunity, it seems, for the Russians to get at last a benign regime based on the genuine will of the people.