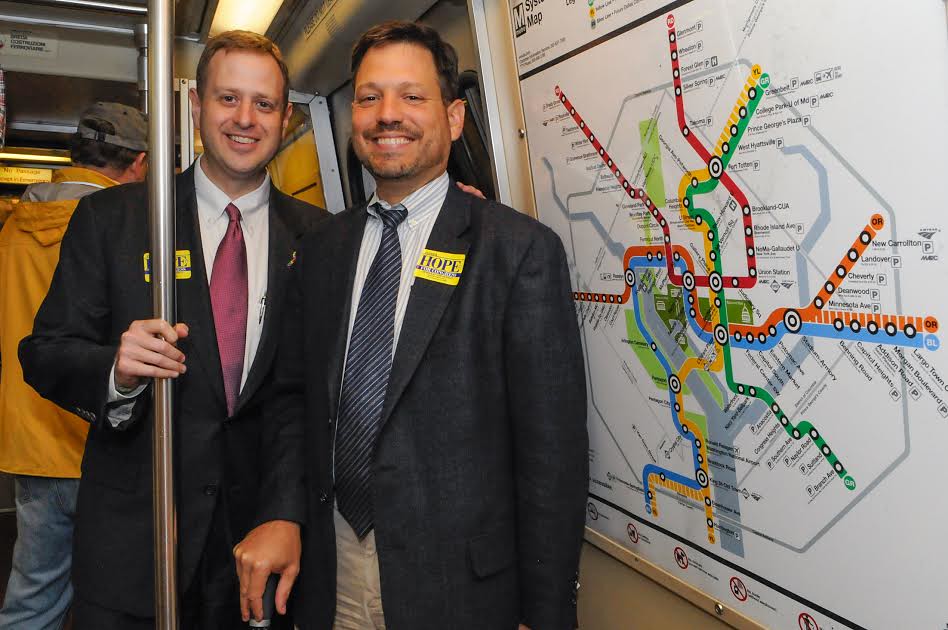 Yesterday, Delegate Scott Surovell (D-Mt Vernon) endorsed Patrick Hope for Congress in Virginia’s 8th Congressional District. Surovell joined Hope to kick off his Northern Virginia Transit Tour on Metro’s Yellow Line, and to advocate for an extension of the Metro past Huntington.

In his endorsement, Surovell highlighted Hope as “a solid progressive and great ally,” and commended Hope for speaking about issues in his campaign that matter to 8th District voters in southern Fairfax County. Hope has been speaking extensively about predatory payday lenders on the Route 1 corridor, and extending the Yellow Line through Ft. Belvoir.

“Scott and I were elected to the legislature in the same year, and he’s been a great progressive partner ever since. Nobody knows the issues facing southern Fairfax better than Scott Surovell, which is why I am so honored to have his support. I look forward to continuing to work with Delegate Surovell to find ways to catalyze economic growth in southern Fairfax County.”

Surovell’s endorsement was highly sought after in the campaign by all candidates. The 44th Delegate district sits entirely within the 8th Congressional District and has the highest number of primary voters who lack a hometown candidate in the race of any district.