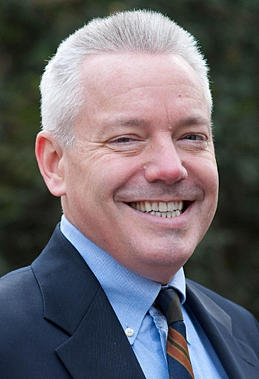 Yesterday, I had the chance to interview Greg Greeley, one of three Democratic candidates for Arlington County School Board. The race is to succeed current School Board member Sally Baird, who is stepping down after two terms. Here’s a summary of my hour-long talk with Greg Greeley.

1. Why did you decide to run for Arlington County  School Board, and why now?

Greeley: This run is the culmination of several years of increasing involvement in the Arlington County public schools, as a single father of two boys and a foster parent to other kids in recent years. This involvement opened his eyes to broader issues in the Arlington County public schools, including overcrowding and inadequate long-term planning for how much capacity will be needed in 5, 10 years. In Greeley’s view, we know the “tide won’t be going out for many years” in terms of enrollment – we’re likely to grow from 23,000 students to 30,000 students in coming years – and we have to have a “multi-decade” “master plan” to deal with that. Greeley believes that having a seat on the board will allow him to work on “making sure that we do a good job of addressing school facilities.” Why now? Part of it is that there’s an opening, and part of it is that he’s in a better position personally to do this right now. A year ago, he had three kids as a foster parent, and “there is no way I would have had the time to do this,” but “my youngest foster boy is off to an adoptive family…exactly the kind of family he needs.” In part because of that, Greeley says he’s now in a position to run for School Board. In addition, Greeley’s full-time job allows a lot of flexibility and stresses work/life balance. Later in the interview, Greeley responded to a question from me by stressing that he is really NOT a politician (“I’m a parent”), and that he’s NOT running for School Board as any kind of stepping stone to other office.

2. How important is diversity on the Arlington County School Board? Some have said you’re running as the “gay candidate” to replace Sally Baird, who is the only LGBT School Board member now and we’ll be losing her. Any thoughts on that?

Greeley: “I don’t see that as a big issue. Certainly, I would proud to be the first gay man on the Board; that would be great. That’s not why I’m running. There are so many other reasons to be running, so many other things important to the schools.” Also, Greeley stressed that diverse experience – for instance, having a child who’s gone through a Title 1 school – is more important than having another member of the LGBT community on the School Board.

3. What are some of the major issues facing the school system right now?

Greeley: One big issue is how we work with our kids with special needs. For instance, Greeley’s oldest son is an English language learner who wants to be an engineer. “I was really disappointed when I got his first class schedule…They really didn’t discuss his plans with him, because they had him in remedial math and they had him in auto shop,” which he didn’t want to take. It took Greeley to come in and sit down with the counselors to get that changed, and more broadly to get the level of attention that should be automatic in the school system. That’s not the way it should be.

On the “achievement gap,” Greeley said it’s a mixed bag right now in Arlington County. At some schools, there are good programs in place to address that. For instance, at Randolph Elementary School, the school system took used school computers, refurbished them, got them in the hands of kids who didn’t have computers at home, and help the families get discounted internet access. That helped address the “digital divide,” which contributes to the achievement gap, and is particularly important at Title 1 schools. Another example was a program to train parents who are new to the country and unfamiliar with how the school system works to teach them how to be a good, engaged parent in the Arlington County school system. There was also a club for Latino mothers that encouraged them to get involved – and made them feel welcome – in their kids’ schools.

4. Is there anything you think needs to be done that will require significant new funding, especially in the context of tight budgetary times?

Greeley: The main drivers of school spending are that Arlington values keeping class sizes low and compensating teachers generously. It’s also very expensive to live in Arlington. Another big expense is building new school facilities, which is necessary as the student population grows. In general, Greeley believes in working within the budget that the school system has. “Our duty as a school system is to make sure that we spend that money wisely, and if in fact we need to launch new programs, I think we need to look very carefully at the programs we do have and strike a good balance, so that the answer isn’t always more money.” He doesn’t want to “add to the budget for the sake of adding to the budget,” but believes it should keep up with growing school enrollment. To the extent that cuts might be needed, Greeley said it should be something that doesn’t impact instruction, such as developing/purchasing new curriculums when that’s not necessary.

5. Should the school system get a higher percentage of Arlington County spending?

Greeley: There are a lot of competing issues for money. In a lot of ways, County Board member is a really tough job, because everyone in the county comes to you saying “this is important.” On the School Board, the focus is obviously on just one thing – the schools. A certain percentage of the budget is slated towards schools, but that percentage can shift as school enrollment declines or increases.

6. What do you think of SOLs, and more broadly the effort to quantify/measure how kids and schools are doing? Is that a wise way to go in education?

Greeley: The pendulum today has moved far in the direction of testing. Teachers say there are 70 days of the school year that are impacted by testing. We really need to rethink where and why we use tests. Assessing a student doesn’t have to involve a test or an absolute standard. You need to look at how the student is progressing, where they are now versus where they started. Greeley also pointed out that the “achievement gap” opens up again every year, that you have to start the work over at the start of every school year. We should look at how far the kids have come, not whether they’re meeting some absolute standard. We also shouldn’t label schools as “failing,” even when the teachers are good, the principal is good, the school facility is good, etc. Greeley does NOT agree with Bob McDonnell’s proposal to grade schools, as it leads to some schools being labeled “bad” and leading to a vicious cycle.

7. Why should people vote for you instead of your opponents?

Greeley: “This is a real race…with three competitive candidates.” Greeley emphasized his focus on/depth of experience in fixing the crowding problem in Arlington Public Schools. He said he’s been working on this issue for three years, “I understand it.” For instance, with Nottingham Elementary School, he worked with parents and staff, and people were comfortable in the end with changing the boundaries. “We had a good boundary change process; very few people came to the School Board to comment on the boundary change, and in fact some came to say we like this boundary change. “The key differences [between my opponents and me] are experience and emphasis.” His focus is on solving the crowding problem, educating the kids we’re missing, and working more effectively with the County Board. “The style you’ll see me bring to the School Board is a very thoughtful one,” informed decision-making grounded in reality. “I don’t sense that there are any substantial disagreements [between my opponents and me] on a policy level.” The three candidates, of course, have different experiences, such as his fostering of an English language learner (Greeley pointed out that “about a quarter” of Arlington students are learning English). We’re not where we need to be with regard to special education; he’d be an advocate in that area. Greeley also emphasized that he has been doing management for 27 years, has had to balance a budget, hire and fire people, etc., and that he brings that experience to the table.