Yes, to any normal, sane, patriotic American, you’d think that this would be great news (“U.S. Special Operations forces captured one of the suspected ringleaders of the terrorist attacks in Benghazi in a secret raid in Libya over the weekend, the first time one of the accused perpetrators of the 2012 assaults has been apprehended, according to U.S. officials.”). So why does something tell me that Rush Limbaugh, Sean Hannity, Roger Ailes, John “GET OFF MY LAWN!!!” McCain, Darrell Issa, Frank Wolf, etc. are all working feverishly on their messaging, about why this is actually TERRIBLE news and why it’s ALL OBAMA’S FAULT? As for me, I’m just happy that we got this terrorist scumbag. Go ahead, Republicans, tell us why we should be sad, not happy, right now. Heh. 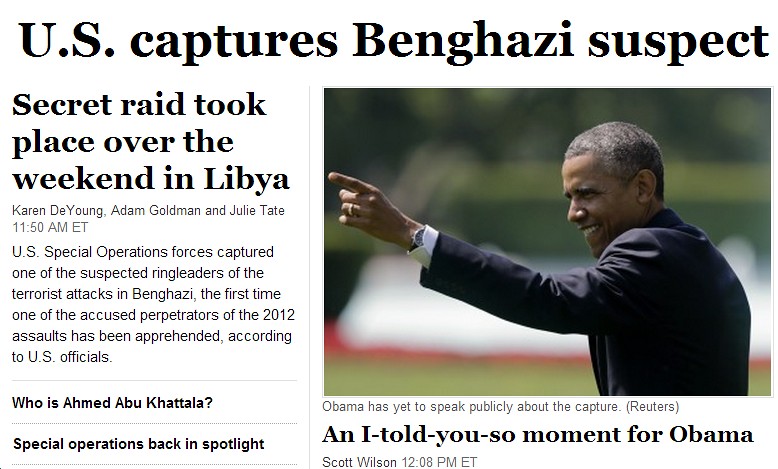