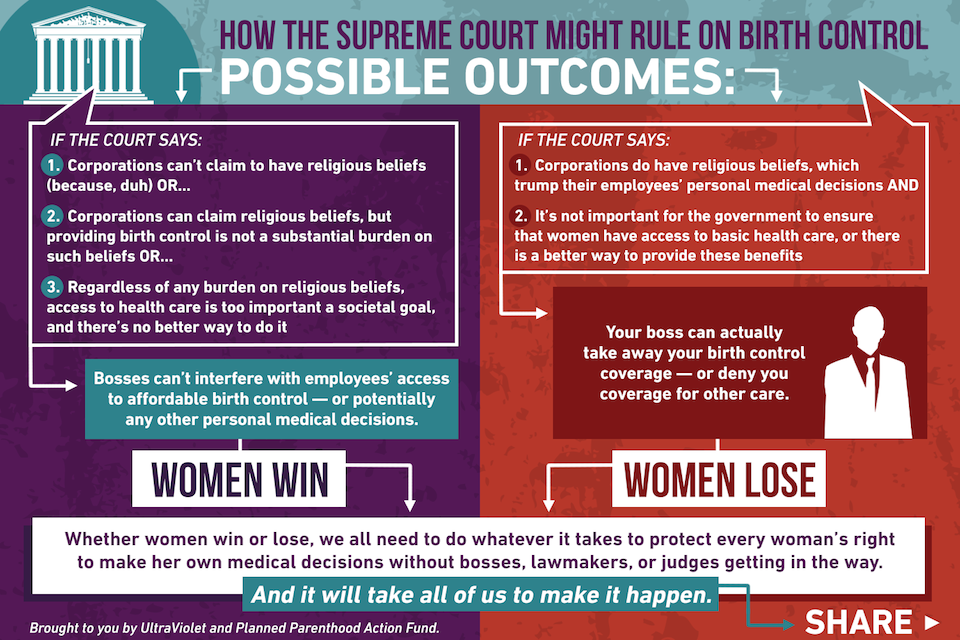 Here are a few national and Virginia news headlines, political and otherwise, for Monday, June 30. Also, click on the image to “embiggen” and find out how the Supreme Court might rule today on women’s reproductive freedom, and whether or not we live in a corporatocracy (and possibly a theocracy?).

*Paul Krugman: Charlatans, Cranks and Kansas (“Yes, the Kansas debacle shows that tax cuts don’t have magical powers, but we already knew that. The real lesson from Kansas is the enduring power of bad ideas, as long as those ideas serve the interests of the right people.”)

*The vital incoherent center (“Among registered voters, the Democratic-leaning groups have an edge of about 3-to-2 over the Republicans.”)

*Hobby Lobby Is Only The Second Most Important Decision The Supreme Court Will Hand Down On Monday (” On Monday, the Supreme Court is expected to hand down two cases, Hobby Lobby and a lesser-known case called Harris v. Quinn. Of the two, more is actually at stake in Harris than in Hobby Lobby.”)

*Most Americans think Hillary Clinton can relate to average people

*Virginia man in child endangerment case agrees to have a vasectomy

*Longtime Loudoun superintendent reflects on past, worries about future

*Council members to be sworn in, get to work Tuesday

*Why are there so many black bears this year? (“they woke up hungrier than usual because there simply weren’t any acorns to find last fall.”)

*Dan Snyder can learn from when the Bullets became the Wizards