Last night at the Prince William County Democratic Committee meeting, Atif Qarni announced his candidacy for the Virginia State Senate from District 29 (currently held by conservative Democrat Chuck Colgan, 87 years old, who plans to retire at the end of his current term). Since Colgan first won this seat in 1975, the district has changed enormously, becoming far more diverse. I don’t have the exact demographic breakdown on the 29th per se, but Prince William County overall is now a “majority minority” county that went for Terry McAuliffe in 2013 (by a 52%-44% margin), and for Obama/Biden in 2012 (by a 57%-41% margin).

As you can see from the VPAP infographic below, the 29th State Senate district actually performed even better than the overall county for both McAuliffe and Obama, and for good reason: if you look at the map of the district, you’ll see that it takes in some of the most diverse parts of the county, including Woodbridge (19% African American, 17% Latino, 10% Asian) and Manassas (31% Latino, 14% African American, 5% Asian). The bottom line is that this is a district that Democrats absolutely should hold in November 2015, unless we completely #FAIL in getting our voters out to the polls. Barring that, we should be able to concentrate on nominating the best candidate for the seat. And last night, a super-strong candidate (whip-smart, young, charismatic, U.S. Marine Corps/Iraq war veteran, teacher) named Atif Qarni. As you can tell, I’m very excited about his candidacy and look forward to strongly supporting him.

I had a chance to chat with Atif earlier this week, at which time we discussed his upcoming run for State Senate. I didn’t break the story then, because I wanted to wait until he announced at the Prince William County Democratic Committee meeting last night (see video above – note that there’s bad audio in that one, although you can certainly hear it if you crank up the volume; so, Atif re-recorded his speech later, after the event, just so people could hear it easily; see that one in the comments section). Now that he’s done that (also see speech highlights in the comments section), here are the key themes Atif plans to focus on his campaign, as well as a few other key points. 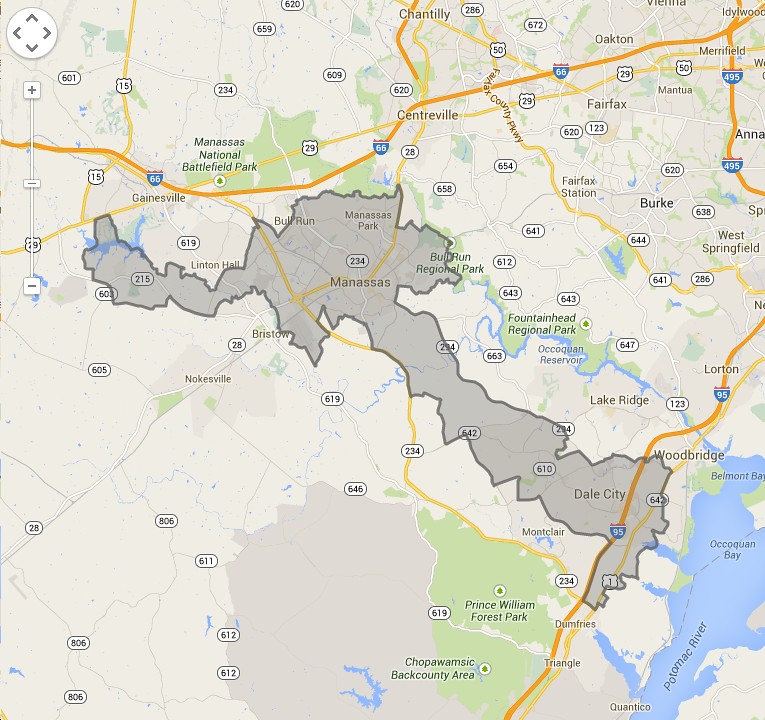 *First, he wants to make workforce development, including for exiting veterans, a top priority. On this one, he intends to pick up where Sen. Colgan left off, focusing on both K-12 and the community colleges, where young people can be trained in the jobs that are actually out there (e.g., computer coding). Atif also wants to provide small businesses with incentives for training and hiring his fellow veterans, and notes that this is something Democrats and Republicans agree on.

*Second, he wants to focus on reducing traffic congestion by working to set up and expand satellite locations for telecommuting (e.g., GSA has an underutilized office in the county that could be adapted for this purpose). Atif points out that this will help get cars off the roads, help local businesses, and allow people to spend more time with their families.

*Third, he wants to work on expanding health care coverage to people who need it, including the 58,000 uninsured in Prince William County, and the 10% of veterans who don’t have health insurance.

My overall impression of Atif is that he’s a super-smart, highly analytical (he’s a math teacher, so no surprise there), level-headed guy who’s running for all the right reasons. Having run last year and with his broad (and deep) connections to the community through his teaching and other activities, he’s already got a big jumpstart on name ID. And he’s proven he can raise significant amounts of money. Finally, he’s excellent on the issues, as you can read here (e.g., he strongly supports a woman’s right to choose; improving and expanding health care coverage; strengthening education; and “passing common sense legislation” to reduce gun violence). Put this all together, and the bottom line is that Atif Qarni would make a superb Democratic nominee, and even more importantly a superb member of the Virginia State Senate. I am happy and confident in strongly endorsing his candidacy!