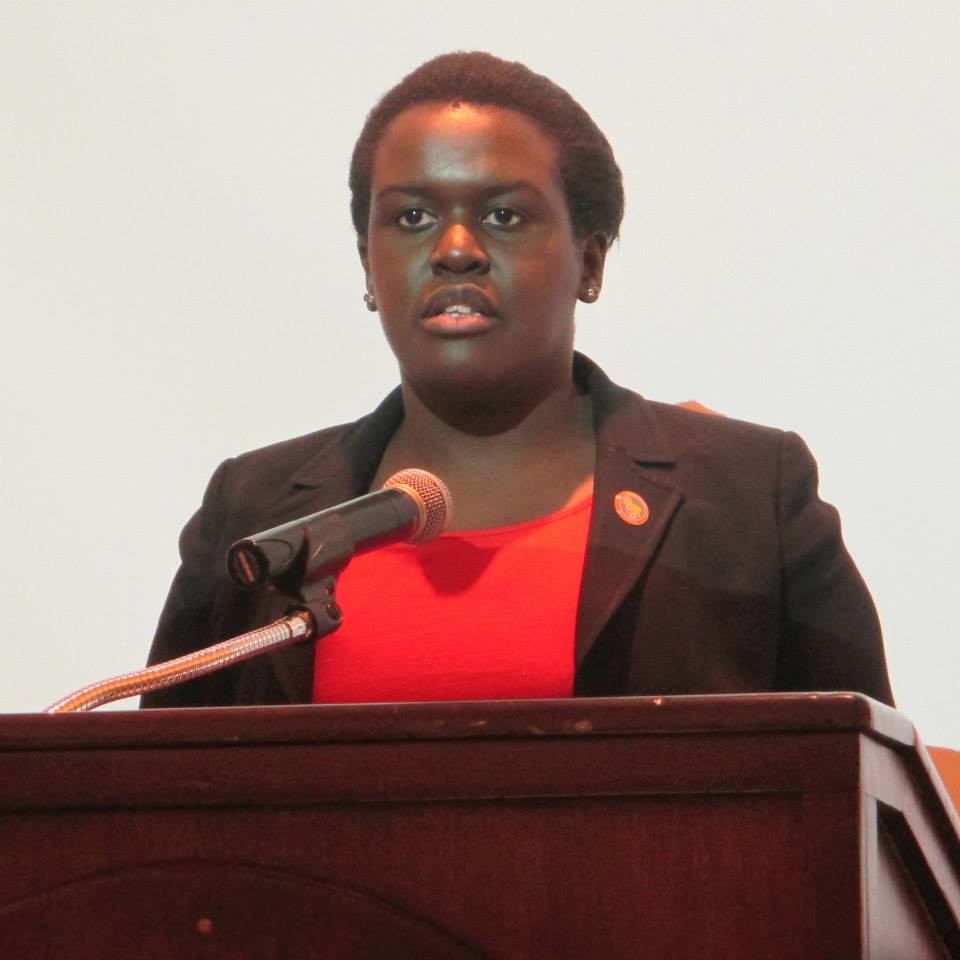 I've sent questionnaires to all the announced 48th House of Delegates district Democratic candidates. Given the extremely short time frame we're dealing with – election THIS Sunday! – I'm going to print candidate responses as I receive them. Also note that given how frantic these candidates' schedules are, I'm not going to mark them down for brevity, although obviously I'd prefer fully-fleshed-out answers if possible, and certainly at least a short response to every question. With that, here are the responses from Young Democrats of America President Atima Omara.

1. Tell us a bit about yourself, and specifically, what in your background and/or temperament makes you the best qualified of the Democratic candidates to represent the 48th House of Delegates district in Richmond

I have spent my entire life working in Democratic politics. As the child of immigrants, women’s rights advocate, and a proud graduate of two Virginia public universities, I know how important advancing progressive issues, like the Virginia DREAM Act, funding for higher education, and expanding Medicaid coverage to 400,000 Virginians is to our present and the future of our Commonwealth.

2. What three issues are you most passionate about and why? What specifically have you done to further those issues? What would be the first bill you’d introduce in the House of Delegates?

a. Access to Healthcare: Healthcare decisions should be made between a patient and their healthcare provider. From women’s health to expanding Medicaid, we need to get the government out of the doctor’s office and let doctor’s provide healthcare.

b. Meeting the Resource Needs of Educational Institutions: As a proud graduate of Virginia’s public schools and two public universities, I know how important these institutions are to ensuring Virginia has a workforce prepared to compete in a 21st century global economy.

c. Immigration Reform/Passing Virginia’s DREAM Act: As the child of two immigrants, I know the struggles immigrants face. We need to develop a system that doesn’t push people into the shadows but creates a pathway for citizenship.

My first bill would be a measure directing the Secretary of Education to conduct a comprehensive study of the true costs, benefits, and necessary infrastructure to provide pre-K education to every student in the Commonwealth.

Favorite: Senator Tim Kaine and Congressman Jim Moran. They have done so much for the Commonwealth. I’m proud to have supported them in their elections and I’m proud of the work they have done and continue to do in Congress.

5. If you had been in the House of Delegates at the time, would you have voted for: a) HB 2313, the comprehensive transportation package passed in 2013;

I have some reservations about the taxes of hybrid and electric cars but I would have voted for the bill in order to provide greater resources and autonomy to Northern Virginia’s transportation infrastructure.

b) repeal of Virginia’s estate tax, which is costing our state around $130 million a year in order to benefit a few hundred of the wealthiest Virginians;

No, I would not have voted for it. We need to ensure that our tax system is fair and ensures all Virginians pay their fair share.

c) the 2011 redistricting bill HB 5001, which gerrymandered the state and helped to lock in a Republican majority in the House of Delegates for the rest of the decade;

No. All Virginians should have a fair say in the governing of our Commonwealth. Gerrymandering restricts the voice of the people in our government.

The package wasn’t perfect but I would have voted for it because Virginia needs ethics reform. I will work to strengthen these laws in the House of Delegates.

6. What is your vision for Virginia’s energy future? Have you ever supported, or do you currently support, the following: offshore oil drilling, natural gas fracking, uranium mining, new coal-fired power plants, mountaintop removal coal mining? If not, what will you do to fight against these things, and to fight for a healthy environment, energy efficiency, and renewable power?

One of our most important duties is to leave a planet to our children that they would want to inherit. Every expert agrees that our energy future is renewable and I will fight to provide incentives to develop these energy resources and make them economically viable. If and when we develop new energy resources, we need to develop them in an environmental-friendly manner.

7. Yes or no answers. Do you support: a) a strongly progressive tax system, including a reasonable estate tax on the wealthy; Yes. b) a “Dream Act” for Virginia; Yes. c) allowing gay couples to adopt; Yes. e) closing the “gun show loophole and taking other commonsense gun measures; Yes f) raising the gas tax and/or instituting a carbon tax (revenue-neutral or otherwise)? Yes.

I have worked throughout the Commonwealth to elect Democrats and fundraise for Democratic candidates. I will continue to work to turn Virginia from a purple state into a blue state.  I will do whatever is necessary to help elect Democrats across the Commonwealth, be it contributions, appearances, organizing volunteers from Arlington and Fairfax or calling into the district to support the candidate.  This is an all-above the option.

We need a strong ethics and reporting structure than ensures the General Assembly does the work of the people and not the work of special interests.

Yes. I have an extensive network of elected Democrats and community leaders.  I am willing and able to leverage that network to support my position.

As a Rosslyn resident, I use transit almost every day.  It’s a crucial component of what makes Northern Virginia an economic powerhouse and a great place to live. I support continuing to make strategic investments in transportation that can pay dividends for decades to come.

I think decisions about how to enhance Columbia Pike should be made at the local level and not in Richmond.  If elected to represent the 48th, I’d work with my colleagues to make sure that Richmond isn’t passing laws that harm Northern Virginia’s ability to make it’s own decisions about transportation.  In the case of Columbia Pike, it’s Richmond and VDOT that are preventing us from considering common-sense solutions like dedicated lanes for transit along the Pike.  Fixing that problem in Richmond could completely change the equation on the Pike.

I have worked throughout the Commonwealth to elect Democrats and I will continue to work to turn Virginia from a purple state into a blue state.  As President of the Young Democrats of America, I have worked to elect Democrats up and down the ballot and used my time in the organization to begin resources to Virginia including Governor McAuliffe’s election and Senator Tim Kaine’s election.