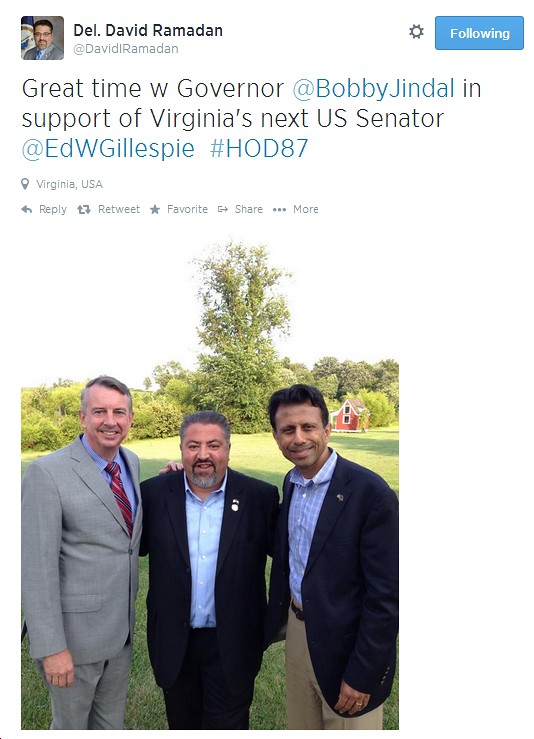 Here are a few national and Virginia news headlines, political and otherwise, for Wednesday, July 30. Also, any suggested captions for the photo, other than “horrifying,” “scary,” “disturbing,” and “extreme?”

*Building a progressive alternative to ALEC (“…there is the need for some kind of counterweight to ALEC, one built and operated with progressive values in mind. And soon, we might have one.”)

*Ted Cruz’s nerve to blame Democrats (He may not have any judgment, or sanity, or ethics, or decency, but he certainly does have nerve!)

*Schapiro: A very different McDonnell stands trial (“When Bob McDonnell ran for governor in 2009, he depicted his family as the Cleavers: bustling and wholesome. Five years later, running for his life, McDonnell is depicting his family as the Bundys: bitter and dysfunctional.”)

*A very sad day in court in Virginia (“One could get snarky about this seemingly over-the-top soap opera. But no one in the courtroom seemed to be smirking.”)

*Lawyer: McDonnell marriage had ‘broken down’ (Top comment in the Post article: “Right, and Maureen asked the guy she had a crush on to give her husband a Rolex; and her husband didn’t ask where it came from. And her husband had a crush too, which is why he asked Williams for loans? And the daughter had a crush and that’s why McDonnell allowed Williams to pay for the wedding reception? Geez, sounds pretty lame as well as more than a little creepy.”)

*Fairfax board rejects extension of controversial Lorton landfill’s use (Fascinating: “The 6-to-4 vote came after several attempts to compromise on the plan, which pitted local concerns about truck traffic against broader hopes to develop green energy technology in a rapidly transforming area of the county that overlooks the Occoquan River.”)

*7 transportation projects that would have changed Washington (Several of these, particularly the higheway through DC, are absolutely nuts; thank goodness they were never built!)