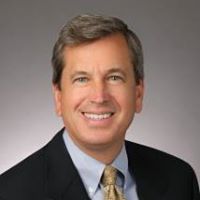 I’ve sent questionnaires to all the announced 48th House of Delegates district Democratic candidates. Given the extremely short time frame we’re dealing with – election THIS Sunday! – I’m going to print candidate responses as I receive them. Also note that given how frantic these candidates’ schedules are, I’m not going to mark them down for brevity, although obviously I’d prefer fully-fleshed-out answers if possible, and certainly at least a short response to every question. With that, here are the responses from attorney and Democratic activist Rip Sullivan.

My wife, Beth, and I met in high school here in Northern Virginia, and all four of our kids have graduated from public schools here too. I’ve served on numerous boards and commissions in Northern Virginia over the past twenty-five years, and hope to bring my extensive experience in transportation, housing, education, and legal policy to Richmond.

My first bill may well be to change the process for setting special elections in the wake of a resignation! It is hard to select just three issues. I would say access to justice and protecting the right to vote; affordable housing and homelessness; and education. My long resume fleshes this out, but my work at Legal Services and several bar foundations, my role as Counsel to the Virginia Obama campaign, my work on the Redevelopment and Housing Authority and with Homestretch all are part of the answer. As to education, my biggest contribution may well be fathering the world’s best teacher – my daughter Corey – who keeps me straight on all things education- and teacher-related.

I’m a progressive. I’ve been endorsed by two of the most progressive members of the House of Delegates – Scott Surovell and Patrick Hope, who founded the progressive caucus. While I’ve never been in elected office, I’ve served on numerous boards and commissions. On the Park Authority I worked to preserve green space and protect our natural resources. On the Housing and Redevelopment Authority I worked to protect affordable housing, and my work at Homestretch helped lift homeless families out of poverty to becoming productive members of society. I am also the past president of Legal Services of Northern Virginia and served on the Consumer Protection Commission to protect the most vulnerable among us.

Tim Kaine, who is one of the most principled and effective people – let alone politicians – I know. Tempted as I am to take a shot at Speaker Howell for imposing this fire drill caucus on us, I’m not going to get caught up in negativity like that, Lowell. While there are plenty of issues where I strongly disagree with Republicans, until we start winning back some seats we still need to figure out ways to get things done. For example, I admired the way Patrick Hope and Bob Marshall worked together on a bill this session to compensate victims of forced sterilization.

a) HB2313: Yes. As a former member of the Fairfax Transportation Advisory Committee I recognize the transit issues we face. I also know that HB2313 was an imperfect bill. However, I believe turning down the biggest transportation package in years would have been a mistake.

b) I agree, Lowell. Repealing the estate tax was Governor Tim Kaine’s biggest mistake (I love him, see above, but you can’t be right on everything!). It diverts funds away from important investments in things like our public schools and renewable energy innovation and infrastructure.

c) I would have opposed HB 5001. Our job as legislators is not to protect ourselves, but rather to serve others. I would never be a part of any deal where I make my own seat safer while watching other Democrats lose tough races. I am in favor of moving to an independent, non-partisan process for drawing legislative lines.

d) I would have supported the bill because Virginia needed to pass some sort of ethics reform, but it is not nearly as strong as I would have liked.  I would support further strengthening our ethics laws in future sessions. While all the facts are not yet out, I’m troubled by the events surrounding Senator Puckett’s resignation, and will be following those developments closely.

It’s also important to note that I have pledged to NEVER accept any campaign contributions from Dominion Power.

Virginia has an incredible amount of wind energy that we haven’t yet invested in. I support efforts to increase our renewable portfolio standard and incentives for meeting these goals, as well as mandatory energy efficiency standards for investor-owned electric utilities. Additionally, I would advocate for tax credits for individuals and businesses that install solar panels or small wind farms. Our planet’s future hinges on our ability to overcome Richmond’s climate science deniers and come up with innovative solutions to our energy problems. Climate change and our unsustainable energy demand is the greatest global dilemma we face. I will work hard to ensure that Virginia reverses course and becomes a leader in creating jobs through clean technology and energy innovation.

7. Yes or no answers. Do you support: a) a strongly progressive tax system, including a reasonable estate tax on the wealthy; YES b) a “Dream Act” for Virginia; YES c) allowing gay couples to adopt; YES e) closing the “gun show loophole” and taking other commonsense gun measures; YES f) raising the gas tax and/or instituting a carbon tax (revenue-neutral or otherwise) YES

Yes. I will attend community events, hold town halls and meet-and-greets, and be an active member of all of the communities and neighborhoods in HD48. This is an important part of mobilizing grassroots efforts and increasing turnout, particularly in off-year elections during gubernatorial years when I’m on the ballot with our statewide candidates. I also have aggressive fundraising plans, which I address in the final question.

Richmond is broken, and the ethics reform we passed last session was simply insufficient. That’s why I have pledged to never accept campaign contributions from Dominion Power.

I think that instead of complying to “go along, get along,” we need to change the norm. I can do that by leading the way and holding to strict ethical values and refusing contributions from specific lobbies.

Yes. I disagree with Governor McAuliffe when it comes to offshore drilling. I think we should be investing in renewable energy and ways to improve our energy efficiency instead of building more infrastructure for dirty sources of fuel. I’m a Democrat because I believe in our core values of fairness and opportunity. The people I’m worried about representing live in the 48th district and are not party officials.

I support the streetcar, but only if Arlington can secure federal funding that doesn’t require the County to touch our general obligation funds. If we can secure federal funding, then I would also fight for funding on the state level. Arlington is relying on the state to cover one-quarter of the cost of the streetcar. This investment will help revitalize the Pike and allows Arlington a great opportunity to recoup many of our federal tax dollars.

I’ve already spoken to Leader Toscano, along with Delegates Hope and Surovell about my plan to use this seat, in part, to elect other Democrats. It’s my understanding that that’s part of the reason why Patrick and Scott endorsed my candidacy. I don’t want to permanently serve in the minority- I intend to use this seat to raise money for Democrats across the Commonwealth, to regain our 51-seat majority. I’m the only candidate in this race with a proven track record when it comes to fundraising. I ran for delegate in 2007 and raised over $150,000 in the primary alone. Through my time on numerous boards and commissions, political campaigns, and as an attorney, I’ve been able to form connections that will prove to be vital in fundraising efforts to regain our House majority.

Well said by @JenniferForVA about #COVID fatigue and what she's "even more tired of...begging my community to take it seriously" https://bluevirginia.us/2020/11/friday-news-a-thanksgiving-marked-by-surging-covid-19-cases-and-questions-about-a-leading-vaccine-candidate-diaperdon-mini-desk-tiny-hands-small-soul-the-rotting-of-the-republican-mi#comment-5168257525