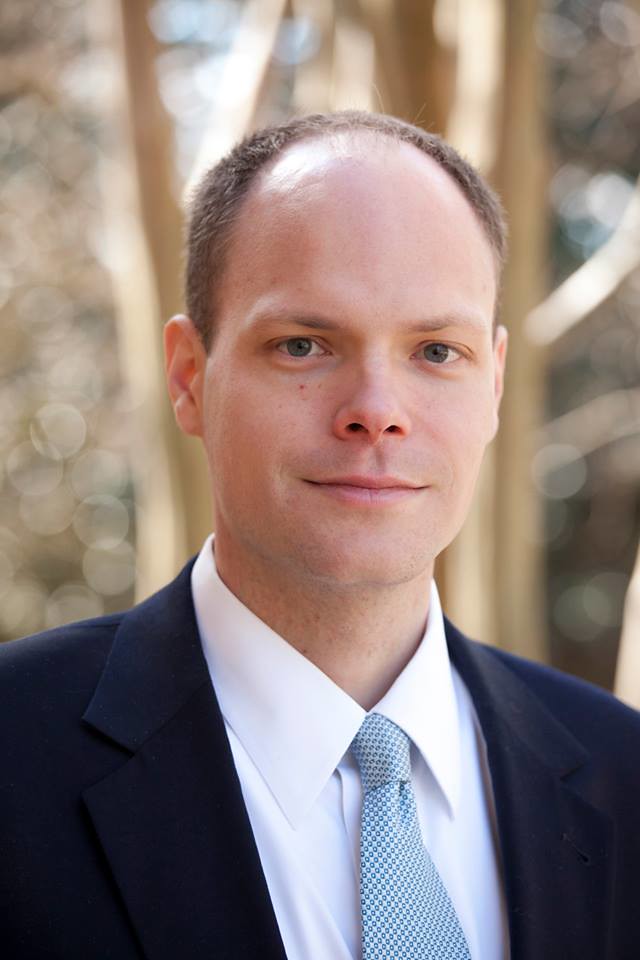 I’ve sent questionnaires to all the announced 48th House of Delegates district Democratic candidates. Given the extremely short time frame we’re dealing with – election THIS Sunday! – I’m going to print candidate responses as I receive them. Also note that given how frantic these candidates’ schedules are, I’m not going to mark them down for brevity, although obviously I’d prefer fully-fleshed-out answers if possible, and certainly at least a short response to every question. With that, here are the responses from environmental consultant and former Arlington County Park and Recreation Commission Chairman Paul Holland.

I am a lifelong resident of Arlington. I attended Arlington’s public schools and graduated from Washington-Lee High School in 1997. I received my undergraduate degree from Princeton and a graduate degree from Oxford University. Once completing graduate school, my wife, Caroline, and I settled in the 48th and looked forward to raising our family here. We now have one daughter, Amelia Grace, who will turn two on July 7.

In my professional career, I work as an environmental consultant and specialize in conservation policy and land use planning. Here in Arlington, I have served in as a community volunteer for the last decade. I am former Chair of the County’s Park and Recreation Commission and currently serve on the Fiscal Affairs Advisory Commission. I’ve worked as a rowing coach for Arlington Public Schools and volunteered as a member of the Superintendent’s Sustainability Advisory Committee. I am particularly passionate about open space preservation and worked to ensure that both Potomac Overlook Regional Park and Rosslyn’s Wilson School site remain open space for the enjoyment of Arlington County residents.  Finally, I currently serve as an elected member (Communications Director) of the Arlington County Democratic Committee.

I have the support of a number of current and former local elected officials including Delegate Alfonso Lopez, Vice Chairman of the Arlington County Board, Mary Hynes, County Treasurer Frank O’Leary, Commonwealth’s Attorney Theo Stamos, and Sheriff Beth Arthur. These elected officials support my candidacy because they know my commitment to public service in Arlington and know I will bring a fair, level-headed and considerate approach as a member of the House of Delegates.

My three issues are: (1) Transportation and the Environment: These two issues are very much dependent on one another. Our transportation and development decisions have a direct impact on environmental health. Sound transportation policies also directly strengthen economic development and preserve affordable housing. I’ve worked as a volunteer to promote conservation and environmental protection throughout Arlington County and would continue to do so as a member of the General Assembly; (2) Public Education: As a graduate of Arlington Public Schools, I am so grateful the for the education I received.  As a member of the General Assembly, I would work to ensure that our schools work for all members of our education system: students, teachers and administration.  We especially need to focus on our students with special needs and in particular those with autism; (3) Medicaid Reform:  There are 400,000 residents of the Commonwealth who are being denied access to healthcare because of Republican obstructionism in the House of Delegates.  The Commonwealth has lost close to $1B dollars since the beginning of this year.  This is an issue that has bi-partisan support in the State Senate, and one that is essential to the future of our Commonwealth.

My first bill would one that supports Governor McAuliffe and his efforts to improve the long-term health of the Chesapeake Bay and address the impacts the impacts of climate change on the estuary and surrounding communities, including Arlington.

My professional, community and political experience is proof that I am a true progressive. I’ve worked on environmental issues, including conservation and climate change, both as a community leader and professional. I have a significant record of working for Democratic candidates in Arlington and across the Commonwealth. From my first job out of college as a field organizer for Mark Warner and Tim Kaine in 2001, to interning for Congressman Bobby Scott, to helping organize the Arlingtonians for Obama Steering Committee, to managing the 2011 campaign for Mary Hynes for County Board. I have a strong record of working for candidates and elected officials who support progressive policies at the local, state and federal levels.

It’s a tie, between Congressman Bobby Scott and 8th Congressional District nominee Don Beyer.  Both are true gentlemen politicians, incredible policy experts and next year, we will be honored to have them both represent the Commonwealth in Congress.

My least favorite is Eric Cantor.  Well at least for a few more months…

a) Yes, with some serious reservations. The financial support for the transportation priorities of local and regional leaders was what tipped it to a “yes” vote for me.

d) Yes. While this legislation is by no means perfect, we needed to begin the conversation for broader, comprehensive ethics reform.

We need to move away from fossil fuel usage. We should establish clear and consistent targets for renewable energy growth, including a renewable energy portfolio standard. A short-, mid-, and long-term strategy is essential to resolving the greatest challenges of our future: climate change.

My first job out of college was a field organizer for the coordinated campaign as part of Mark Warner and Tim Kaine’s successful campaigns for Governor and Lieutenant Governor. I helped the coordinated campaign win two traditionally red counties: Charlotte and Appomattox. I have on the ground campaign experience managing a local campaign (for Mary Hynes) and serving as the Communications Director for ACDC. I can provide the lessons I’ve learned in these roles as we look to take back the House of Delegates and build a majority in our Congressional delegation.

We also need to do more to develop our farm team across the Commonwealth. That means identifying young civic leaders interested in running for political office, working with those leaders to build their knowledge of the Commonwealth’s key issues, and supporting them when they decide to run. Once these leaders our identified, it would be my job as a member of the House of Delegates to provide significant financial support to their campaigns.

I have a unique perspective on how Richmond operates. Having been there with my father, former State Senator Ed Holland, for every session during the first sixteen years of my life, I know the influences and operations of our Commonwealth’s capital. We’ve taken some small steps on ethics reform, but it is time to move forward with broader changes to our law.

Yes. If there is an issue that our party leadership disagrees with, I will be a fair, even-minded, and considerate voice while expressed my position. In the House of Delegates, my voice will be one that persuades and seeks to change perspectives.

Our delegates need to stand strongly for allowing local and regional leaders to make transit and road investment decisions that reduce congestion and strengthen economic development. As a Delegate, I will work with others legislators who represent both Arlington and Fairfax to ensure the region has access to appropriate state funding that reduces congestion on this important corridor. Congestion doesn’t pay attention to regional boundaries. Recent studies have shown the proposed transit solutions along Columbia Pike and into Crystal City will provide a significant and sustained economic benefit for Arlington County, Fairfax County and the Commonwealth.

Fundraise. Recruit talented candidates. And help establish a pipeline of civic activists who can become the next generation of progressive leaders in the Commonwealth.