This is the first of four installments of this essay. 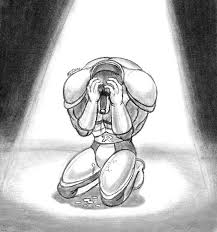 Some of my liberal friends say they have lost all hope for American democracy (and a great many others act as if they had).

They see that the Money Power is wresting power from the American people and, with the help of the Supreme Court, making it ever harder for the people to retrieve what’s been taken from them.

They see that one of our two major political parties is systematically blocking the Congress from implementing solutions to our nation’s considerable problems, yet rewarded by the people with enough power to inflict terrible damage on our country.

And they see that in our public discourse the truth no longer prevails over the lie.

Game over, they conclude hopelessly.

I, too, see that darkness. These are indeed frightening times. But such hopelessness is not wisdom. It is a sign of disconnection from the power of the spirit. I say that on the basis of my own experience, in my own effort to address our national crisis of moving back and forth between a mundane framework and one inflamed by what I can only call a spiritual energy.

From the mundane perspective, it is only too clear how improbable it is that what I do can have the impact I’m seeking. But when I am in touch with that spiritual energy that drives me, I find my attention directed only toward that scenario that best serves the sacred. The spirit drives me on a mission.

It seems to be the nature of the spirit that it cares little about probabilities, but focuses rather on best possibilities. And indeed, history shows that,  while what gets cranked out by mundane forces is generally the predictable, at those times and places where the spirit has played a big role the history of whole nations can take dramatically unexpected turns.

That’s what happened in South Africa. When I worked at the Center for Strategic and International Studies in the early 1980s, none of the experts in African affairs saw any way that the apartheid regime could be ended without a bloodbath. But then came the spiritually inspiring leadership of Nelson Mandela, to whom the white regime eventually surrendered power-and “truth and reconciliation,” rather than any Reign of Terror, ushered in the new age.

That’s what happened as well in Poland, in 1981, with the Solidarity movement. A leader of the workers, Lech Walesa, in combination with a Polish pope in the Vatican, set in motion forces that, within a decade, helped lead to the collapse of the Soviet Union and the freeing of its satellite nations.

Where the fire of the spirit burns, there is no room for hopelessness.  For when spiritual forces are at work, the apparently impossible can happen.

Sen. Tim Kaine: “Justice Breyer has served admirably on this nation’s highest court for more than 27 years...I look forward to working with my colleagues and with President Biden to confirm a qualified nominee to succeed Justice Breyer." https://bluevirginia.us/2022/01/wednesday-news-us-could-sanction-putin-personally-if-russia-invades-biden-says-the-supreme-courts-power-grab-is-fully-underway-will-va-senate-dems-block-andrew-wheeler-nomination#comment-5708965214 #Breyer