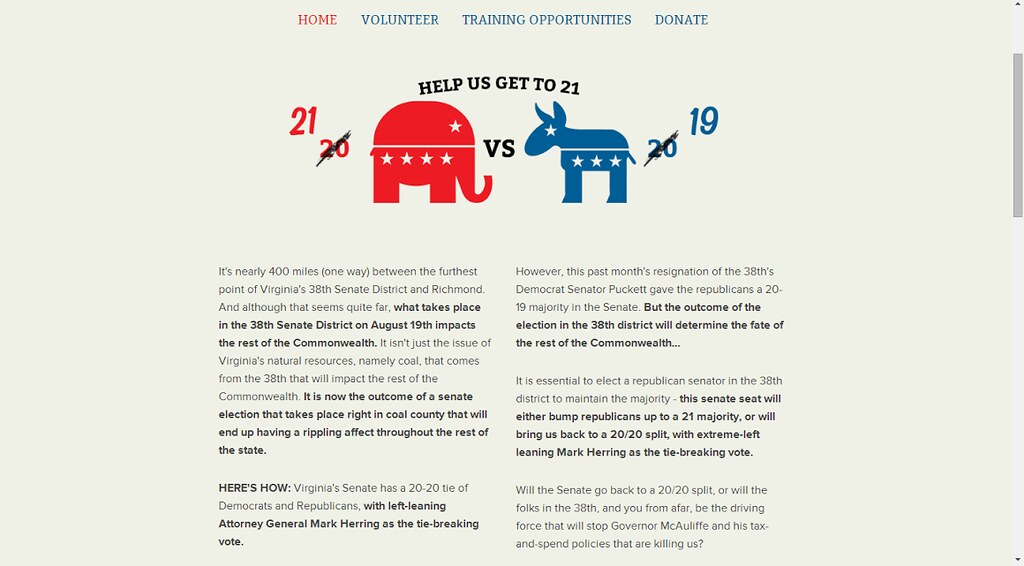 Our friends at the far-right-wing Middle Resolution PAC are at again, this time spending on TV advertising in Virginia's 38th State District to try and elect Republican Ben Chafin to succeed former State Sen. Phil Puckett (D), who resigned under shady circumstances several weeks ago.

So, Middle Resolution PAC now has a new website, Action Virginia, that's supposed to be a volunteer/training hub. It stresses how control of the State Senate is at stake in the 38th,  which is true,  Yet, despite spending money in this race, and hundreds of thousands of dollars to elect Republican state senators over the past six years, they appear to be completely clueless as to how the Virginia State Senate actually works.

Check oiut the screenshots (here and on the “flip”; click to “embiggen”) showing two separate claims by the Middle Resolution bozos that Attorney General Herring, not Lieutenant Governor Ralph Northam, gets the tie-breaking vote in the Senate:

Obviously, Article V, Section 14 of Virginia's constitution says otherwise, which is that the Lieutenant Governor gets the tie-breaking vote. Also, it's curious that they call Mark Herring "job killing," as it's pretty hard for the Attorney General to do anything at all regarding jobs in Virginia.  Of course, using the phrase "job killing" is utterly mindless for Republicans, doesn't mean anything but apparently "tests" well in their focus groups, direct mail, etc. But it's utterly ridiculous in general, and specifically in this case even more so. Not that THAT would ever stop these folks… 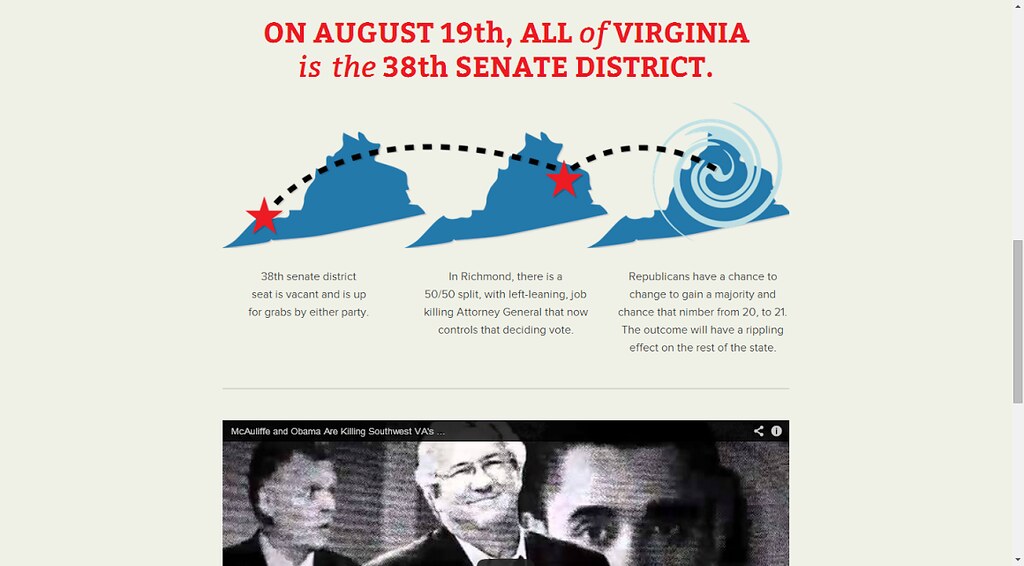