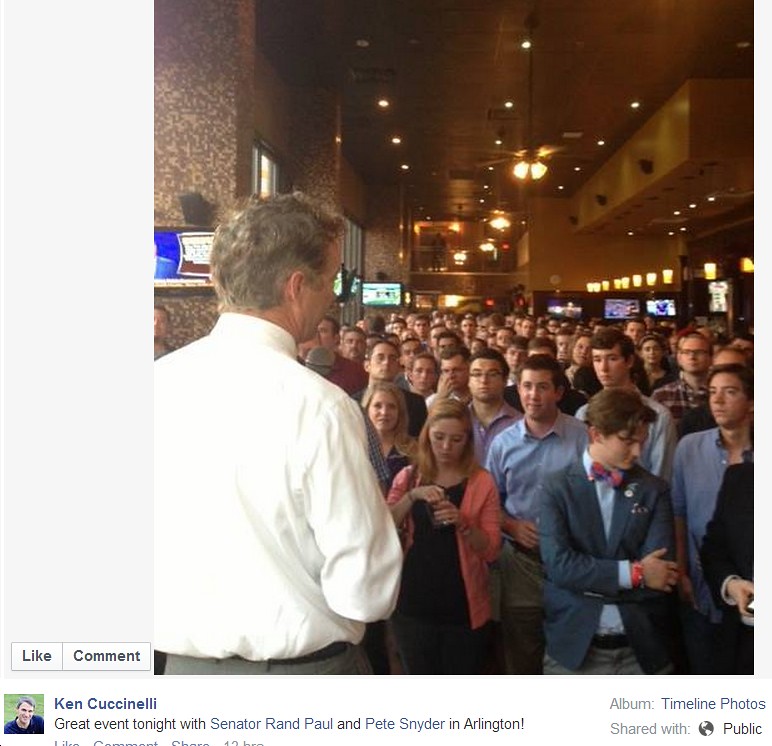 Not sure what the folks in the crowd think they’re getting with Rand Paul (he’s certainly no Libertarian, but “a standard-issue right wing extremist with a few opinions outside the GOP norm on military issues“), but here are his Project Vote Smart ratings:

*FRC Action – Positions 100% (note: the Family Research Council has been designated as a “hate group” by the Southern Poverty Law Center)

*Federation for American Immigration Reform – Positions 100% (note: FAIR has been designated a “hate group” by the Southern Poverty Law Center)

And a couple more, as if all that’s not bad enough:

Also check out these Rand Paul quotes, including that the “fundamental reason why Medicare is failing is why the Soviet Union failed — socialism doesn’t work” and “if you think you have the right to health care, you are saying basically that I am your slave.” What a guy.