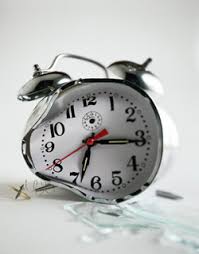 It was good news a few months ago when the Los Angeles Times decreed that it would no longer print material advancing the denial of climate change. Good news in itself, and good news in signaling that at least a piece of our big-time media world is recognizing that balance does not mean treating truth and falsehood the same.

The L.A. Times rule should become general in the American media.

Let me propose another rule that would mark an improvement of the press’s coverage of the political scene in our benighted times: The media should stop treating “GOP disapproves of what Obama just did” as news worth reporting.

After all, what have they not disapproved of? Who would ever bet money that something that President Obama does would get praise, or even acceptance, or even a refraining from attack, from the congressional Republicans? Indeed, from the evidence it seems reasonable to suppose that frequently, when the president has faced a decision in which he must choose between course A and course B, the Republicans simply wait to see which way he goes and then announce to the world that he should have gone the other way.

So there’s no news value whatsoever in a report of Republican attacks on anything the president does– any more than a person wanting to know the time would look to get it from a stopped clock.

The press would do the nation a service to stop reporting the stopped-clock attacks on the president. The message, “We’ve got your number, and we’re not interested anymore” — to the reflexive Republican critics of the president, like to the oil companies’ lackeys with their climate change denial — could have a salutary effect on our political process.