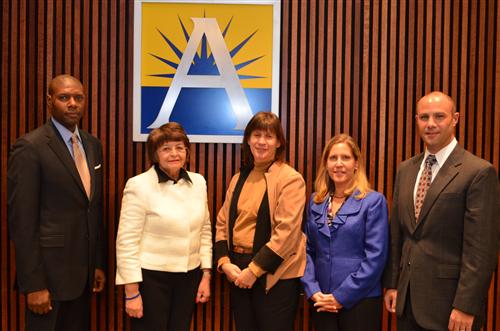 Great news from the Rip Sullivan for Delegate campaign, and a real slap in the face from Dave Foster, who pretends to be a friend of education by putting an apple (seriously) on his signs, and who used to serve with some of the people now endorsing Rip Sullivan – not Foster – for delegate. Gotta love it. 🙂

Today, every member of the Arlington and Fairfax County School Boards, non-partisan elected positions, who currently represent any portion of the 48th House of Delegates district endorsed Rip Sullivan for Delegate. In addition, four of the six school board members who served with Republican candidate Dave Foster during his stint on the school board endorsed Sullivan.

“To deliver the quality education that every student deserves, Rip will work to increase teacher compensation to help recruit and retain the best teachers,” said Arlington School Board member and former chair Abby Raphael. “Rip also supports comprehensive SOL reform, including reducing the number of state-mandated standardized tests. Rip has the right priorities and I am proud to support him.”

Fairfax County At-Large School Board Member Ryan McElveen had the following to say, “Rip has witnessed first-hand the challenges that our public schools face-from outdated state funding formulas to restrictive and unfunded curriculum mandates that prevent our students from pursuing their passions. I am proud to support Rip because I know he’ll prioritize education funding and help rollback destructive state mandates.”

“I am honored by the outpouring of support from the education community,” said Sullivan. “Having attended Northern Virginia public schools, sent all my children through our public school system, and as the father of a special education teacher, education is a top priority. This includes supporting comprehensive SOL reform, opposing school takeovers, and working to reverse draconian budget cuts.”

Sullivan continued, “This community rightly looks to our state leaders to make education funding a priority. Instead of seeing an increase in preK-12 education funding in recent years, basic aid for schools has decreased by 20% since 2009. If we want small class sizes, STEM programs, language training, and the arts in our schools, we need to send someone to Richmond who will not be silent, but who will fight to restore the funding we’ve seen slashed in recent years.”

Endorsements from Non-Partisan former School Board Colleagues of Dave Foster

Former School Board Colleagues of Dave Foster (4 of 6)