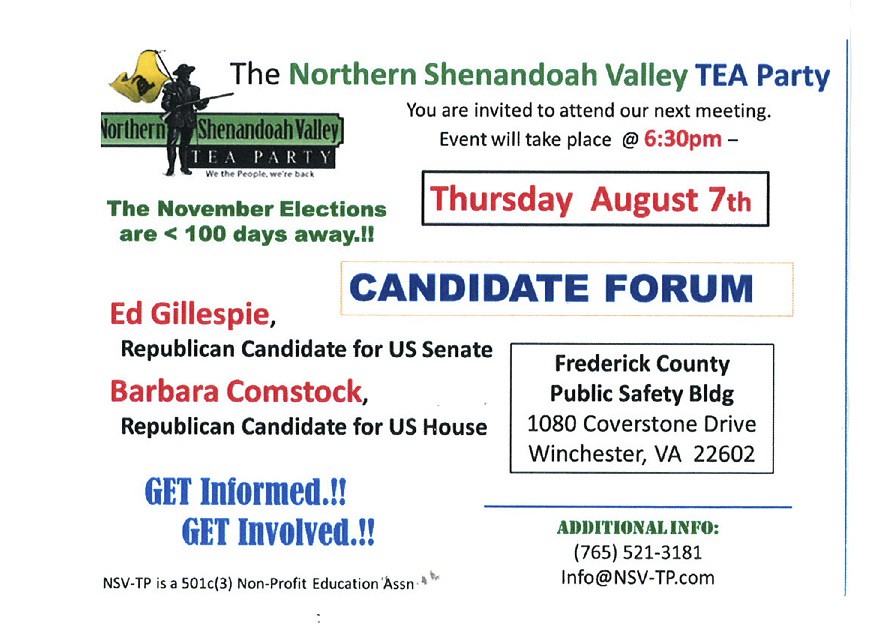 I hear that the Northern Shenandoah Valley Tea Party was handing out this flyer (see far right, appropriately, of this post; click to “embiggen”)  at the Frederick County Fair the other day. Looks like a load of fun, huh? I mean, what more could you possibly ask for in life than to participate in a forum with “socializing,” “refreshments,” and of course “opening remarks” from “Enron Ed” Gillespie and Barbara “Koch lobbyist” Comstock? On second thought, that sounds about as pleasant as a root canal with inadequate anesthesia, but anyway…

By the way, it’s fascinating that the event initially was fully open to the public, but then the press was “uninvited” in a subsequent post (see the “flip” for more on that). Why would they do that? Perhaps so that the “serious conversation” (stuff like “Obama’s a Marxist, send him back to Kenya!” perhaps? hahahaha) won’t be “twisted” by the evilliberalevilliberalevilliberal (did I mention “evil” and “liberal?”) press, with their fiendish video recorders and facts and reality and stuff? Yeah, I’m sure we can all totally understand that if you’re going to get a bunch of extremists together saying crazy s***, you wouldn’t want the broader public to see or hear it. The question is, why have “Enron Ed” and Barbara “Koch lobbyist” Comstock agreed to a meeting under these conditions? What does their willingness to do that say about their attitude towards the 99.9% of 10th CD voters who will NOT be at that meeting?

More of this Teapublican wackiness on the “flip” 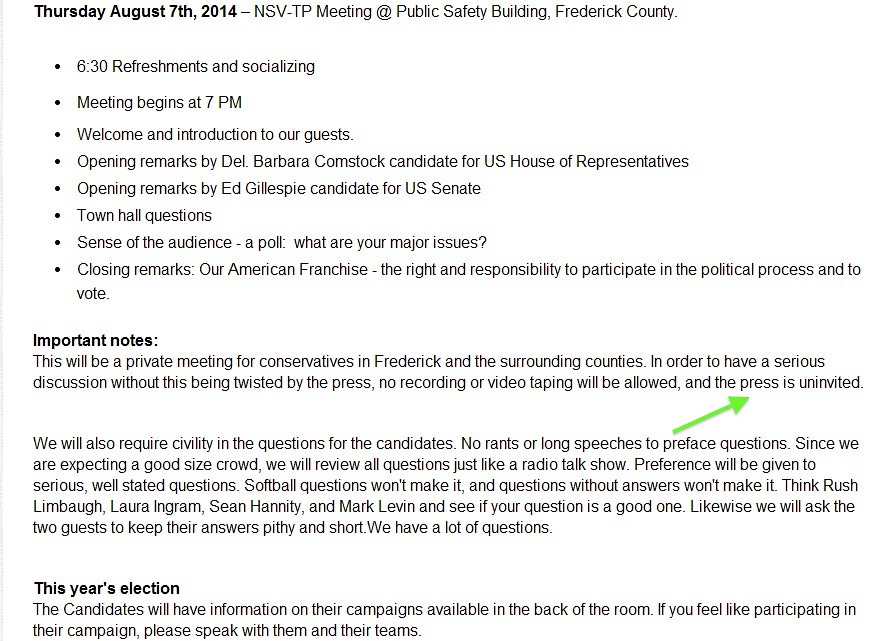 In this context, it’s also worth noting that Comstock apparently has never met with a Tea Party group, not even during the Republican nominating contest this past winter/spring. Now that Comstock’s the Republican nominee, apparently she’ll meet with them, but only in private with the “liberal” press (now THAT is a laughable concept) excluded, so that as few people as possible will ever know what transpires? Seems pretty fishy to me. More to the point, the question is whether this is the type of access 10th CD voters and the media would get if Barbara Comstock were, god forbid, elected to Congress. Sadly, the answer appears to be “yes.” 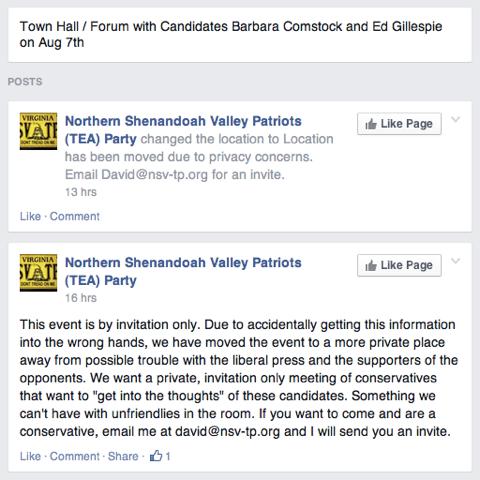