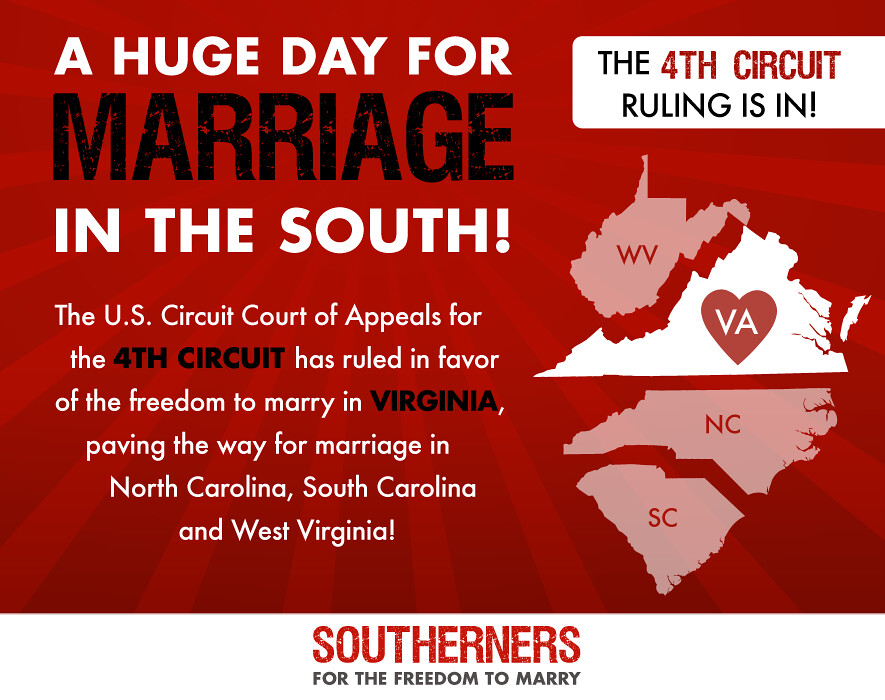 Great news from the U.S. Court of Appeals for the Fourth Circuit, which earlier today “denied a request to delay implementation of its ruling striking down Virginia laws denying marriage to same-sex couples.” What this means is that, “unless the Supreme Court intervenes, couples may begin marrying and having their out-of-state marriages recognized in Virginia on August 20.” (As AG Herring’s office noted in an email a few minutes ago, “Under the rules of the court, the order is effective 7 days from the day it is issued, barring intervention by the Supreme Court of the United States which could issue its own stay.”)

P.S. Of course, as it’s been pointed out to me, it is quite possible the U.S. Supreme Court will issue a “stay,” just as they did in Utah. Sorry to be a killjoy, or rather remind everyone that the Supreme Court could be a killjoy… 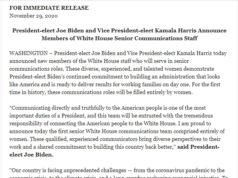