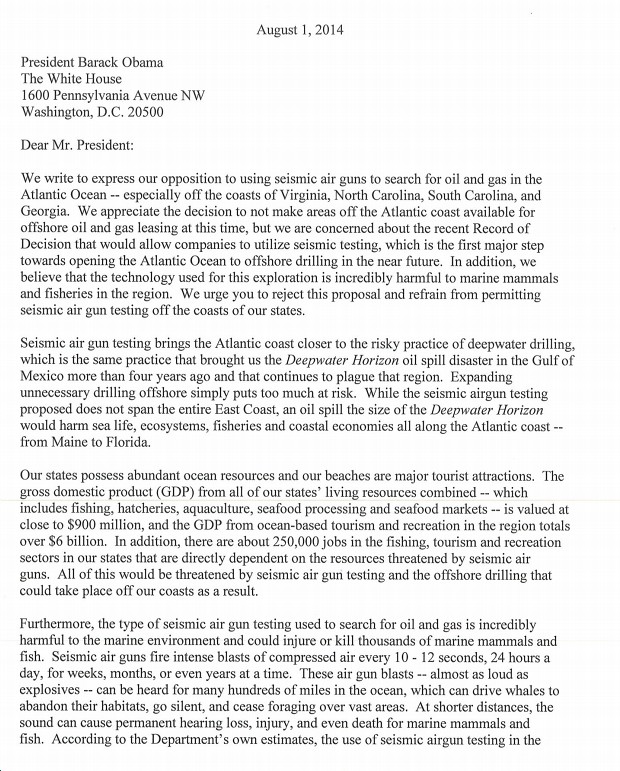 The tragic, heartbreaking death of female sei whale the other day in the Elizabeth River both saddened and enraged me. Why enraged? Because the whale died mostly from humans trashing our oceans with plastic (which the whale accidentally ingested, blocking its stomach and causing it to slowly starve to death). For “good measure,” the poor creature “might have been hit by a ship shortly before dying the previous day.” So, chalk that one up to humans on both counts. Ugh. Sadly, this case demonstrates the hazards marine life is exposed to due to human activities on an ongoing basis. That includes the aforementioned plastic pollution and ships bashing into whales (and other animals), but also the oil-industry practice of seismic airgun testing – loud as explosives, can cause hearing loss and other injuries, even death, to whales and other sea creatures.

See to the right (click to “embiggen”) and on the “flip” for a letter from several Members of Congress, including Representatives Gerry Connolly, Bobby Scott and Jim Moran of Virginia, urging the Obama administration to forbid seismic testing off the east coast. In addition to the danger of oil spills, the process of FINDING the oil should never involve practices which can lead to mass injury and death in the oceans. Why is this even a question, other than unbridled greed, callousness and stupidity? 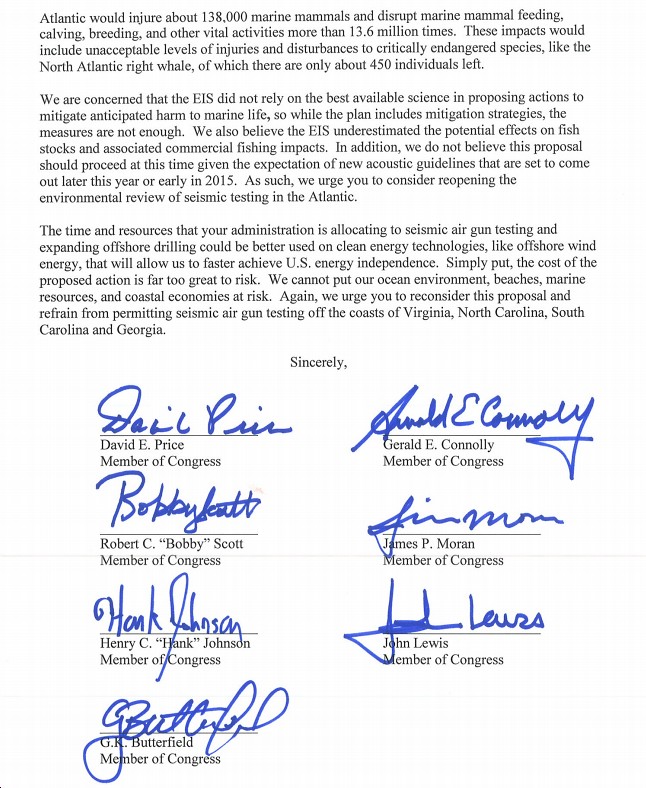