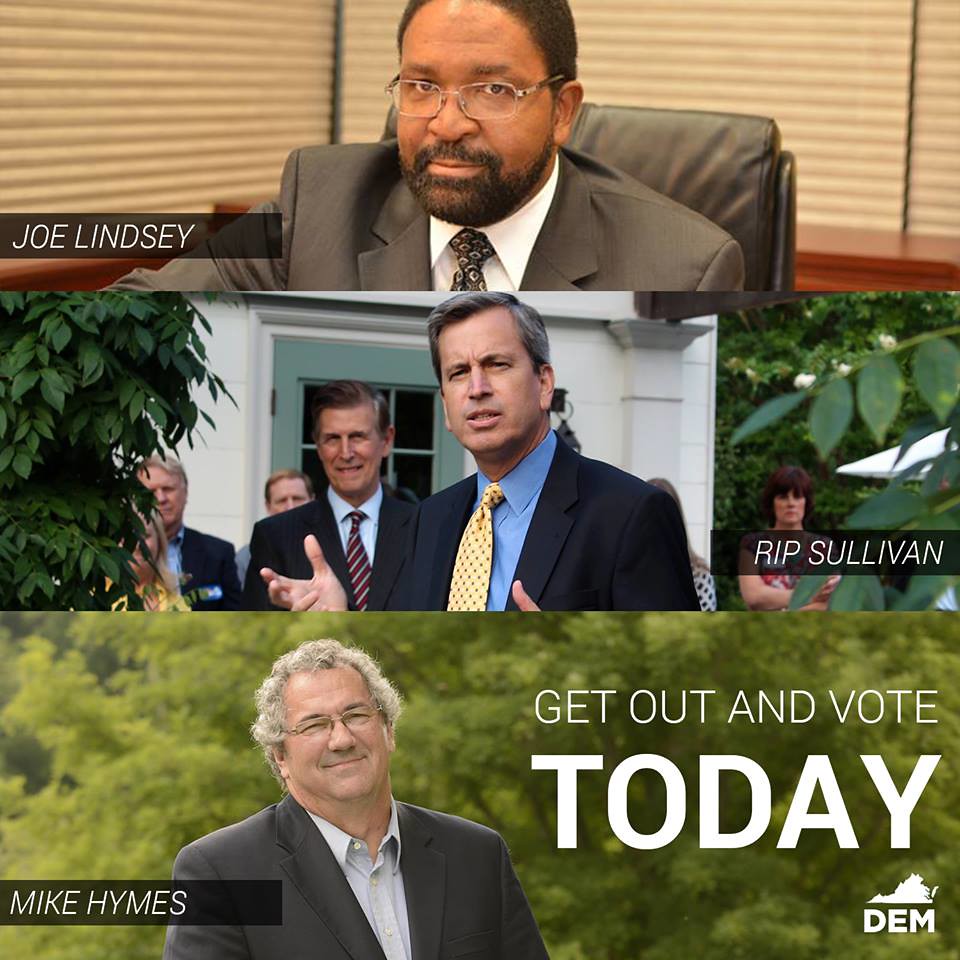 So…what are you seeing and hearing out there? What’s turnout like in your neck of the woods? Who did you vote for and why? Feel free to add your observations in the comments section.

UPDATE 8:29 am: I hear that faux “moderate” Republican Dave Foster has a robocall out asking voters if they are “pro-life” (e.g., against a woman’s right to choose). If the voter answers “yes,” the call then says make sure you vote for Dave Foster today. Why on earth would the overwhelmingly pro-choice 48th district elect someone with Foster’s views to the House of Delegates?