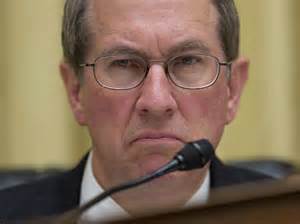 A Republican politico emailed me A sharp rise in the gasoline tax fuels Goodlatte’s interests, not Virginians’ and suggested I write about it. As this person summarized the current state of affairs:

Basically, by virtue of holding Marketplace Fairness up, Goodlatte is guaranteeing a big, fat, regressive tax increase. He is also very possibly guaranteeing taxes on Internet access, which isn’t something many people are fans of. All to keep online retailers from collecting and remitting sales taxes that are already due.

Why would Goodlatte do such a (crazy, stupid, ridiculous) thing? According to the Virginian Pilot’s Roger Chesley, just follow the money. Specifically, “Goodlatte’s sizable donations from Internet and computer companies,” which combined with his actions (or perhaps one should say inaction) “suggest he’s looking out for their interests – not Virginians’.”

The commonwealth’s 2013 transportation package, the first major overhaul of road funding in decades, shored up a crumbling system that needed more money. The state had repeatedly siphoned dollars from construction budgets just to keep up with maintenance.

But the package relies heavily on the collection of Internet sales taxes. Without that money, the state’s gas tax will rise by 45 percent starting Jan. 1.

That’s how Goodlatte & Co. can pretend to keep taxes low; they simply shift them from one person to another. In this case, they shift the tax burden from people who buy stuff on the Internet to folks who buy gasoline.

Now, personally, I’m all in favor of raising the gasoline tax, for several big reasons: a) we need to get off fossil fuels ASAP because of global warming; b) we need the revenue to build transit (forget building new roads, but we can at least keep the infrastructure we have now from collapsing); c) there’s no reason we should keep subsidizing fossil fuels indefinitely, and low gasoline taxes are one way of doing that; and d) related to point c, it’s time we internalize the true costs of fossil fuels in their price, and taxes are the way to do that. But that’s not in any way, shape or form what GoodBADlatte’s up to here. Instead, it’s more like this:

By preventing the Marketplace Fairness Act from even receiving a vote, Goodlatte is clearly protecting those donors – not brick-and-mortar businesses, not Virginians, and not residents of states who have to make up for that lost revenue.

Just the latest example of why I not-so-jokingly call him BADlatte. Anyway, I look forward to hearing BADlatte’s fellow “anti-tax” Republicans denounce him for causing a significant tax increase in Virginia on January 1, 2015. Oh wait, what’s that I hear? The sound of crickets quietly chirping? Yep, that’s exactly what I hear from BADlatte’s Republican pals. Apparently, they agree with him on this one.