Yep, that’s who the 2013 Virginia Republican nominee for Lt. Governor of Virginia ia hanging out with now: a Republican State Senator (Owen Hill) who “joked” (hahahaha – not) about President Obama being from Kenya, and who the DCCC condemned for his “hateful and false birther rhetoric.” Now, why E.W. Jackson would hang out with a bigot like this is something only he can answer, but given his own voluminous history of unhinged ravings, it’s not a surprise. As always, the question is, how could a supposedly major political party in this state have nominated E.W. Jackson for Lt. Governor? How did this theocratic extremist get nearly 45% of the vote last November? Do those 45% actually agree with Jackson, or do they simply vote for anyone with an “R” by their name, even against a moderate Democrat like Ralph Northam? It’s truly disturbing, no matter how you look at it. 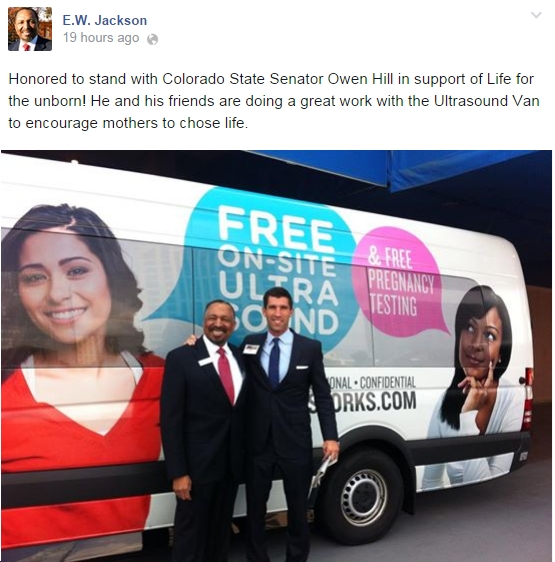