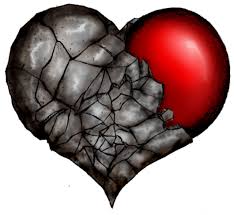 The other day, I sat down with a book with the title The Power of Kindness. The book had been given to April and me by a young man to thank us for the kindness we had extended to him recently when he was in difficulty.

The book quickly put me in a sweeter and more tender frame of mind and soul. That, in turn, reminded me of how much it has cost me, over the past ten years, to have taken on this force from the dark side of things that’s taken over the political right.

How much more I would like to be in that place where what I focus on is the warmth of goodwill and love and compassion where we take care of each other’s hearts.

But focusing on that better space is not an option for me.

For starters, I cannot help but pay attention to what’s happening in the world around me. At various times over the past nearly 50 years when the pain of what I saw seemed more than I wanted to bear, I’ve tried to turn my head away. But I could never do it.

For another, I apparently also cannot see what I hold dear being destroyed and not be moved to act to protect it.

So, even as I enjoyed the sweetness of the space that book on kindness brought me to, and recognized the loss that girding myself for battle imposes on me, I understood that I the choice I’m making is the one I simply must make.

Kindness, as much as it’s what nourishes our humanity, isn’t an adequate response to a force that relishes the injustice of giving ever more power to the richest and most powerful.

Kindness, as much as it gives joy even to the giver, will not turn back a force, fueled by greed and wielding lies, that works to block us from changing course while our civilization is injuring the life-systems of our earth.

It is painful to live in a world where so much craziness, folly, and outright wickeness are wielding so much power. And kindness is not enough to strip power from that dark force– not when it is driven by the Spirit of War, which insists on conflict as its modus operandi in the arena of power.

Fortunately, I do get to enjoy a microcosm of kindness in my life, living as I do with two of the sweetest females I know of (one human, one feline). And having, as I do, some wonderful human connections beyond my home.

But I also recognize that I am changed by my ten years of looking at the force of evil and waging battle against it. I am not so enlightened that I can wage this battle and not have any hardening of the heart. I’ve watched an alteration in my reactions to things, and though the change is subtle, and no one has pointed it out to me, I can see it.

This week presented me with an opportunity to work on this tension between the need to do battle and the desire to maintain an open-hearted humanity. A piece of mine, one that speaks an important truth about the dark force that is now damaging our America, ran on Huffington Post. The piece was called, “The Spirit That Drove Us to Civil War is Back”. It really took off.

One piece of hate mail showed up on my Facebook page, where a man posted a comment full of insults and put-downs and culminating in the sentence: “Remember, in your case, suicide may be a good option.”

I responded to that comment by posting one of my own:

I strongly believe in the idea of “Hate the sin, but love the sinner.” It is not always an easy idea to practice. But when I regard this hateful comment from [name of that commenter], I can move in that direction by focusing on the thought: Whatever may be the course in life that make a human being someone who would think that posting such a comment was doing something good, cannot be enviable, indeed must have been painful, and so deserves one’s compassion.

Waging battle. And trying also to be kind.

A paradoxical combination that reminds me of the words of Paul (Romans 12: 20): “Therefore if thine enemy hunger, feed him; if he thirst, give him drink: for in so doing thou shalt heap coals of fire on his head.”

Fight the evil force, have compassion for those who have been swept into its sway, and if possible call them — with love as tough as need be — to their better selves.