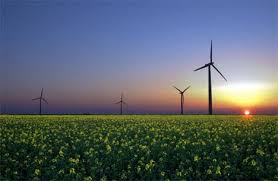 I’m reposting this from the old Blue Virginia (March 11, 2009). Note that the “Business Plan” is no longer available, even on the “internet archive.” Hmmmm. Anyway, I wanted to compare and contrast where Terry McAuliffe was when he actually NEEDED liberals and environmentalists for something (e.g., the 2009 Democratic primary contest with Creigh Deeds and Brian Moran), compared to when he has absolutely ZERO need for liberals and environmentalists (that would be now). I’ll put the “now” in italics after the “then.” Enjoy.

Click here (PDF file) to read Chapter 1 of Terry McAuliffe’s “Business Plan for Virginia.” The plan kicks off with “Virginia’s Energy Future.”  The major elements are:

1. “Make Virginia a destination for clean energy and clean tech businesses and jobs.”

Includes a mandatory Renewable Portfolio Standard (“Requiring power companies to generate 25% of their electricity from renewable energy sources by 2025”) and net metering (“Encouraging cleaner, locally produced electricity by allowing consumers who produce renewable energy to earn actual retail credit to offset their consumption.”). Both are excellent ideas (although I’m with Al Gore, let’s shoot for 100% renewables within a decade!).

Yep, they’re still excellent ideas. Unfortunately, I haven’t heard a word about either of them from T-Mac in a long time.

Includes development of Virginia’s wind, solar, and biomass resources. I’m a huge fan of wind and solar, not so much of biomass (unless we’re talking about biomass possibilities like algae that deliver many times the amount of energy OUT of the system as it takes INTO the system).

Frankly, I’ve heard more about natural gas, oil and coal than I have about wind and solar since McAuliffe became governor. Which, of course, is completely backwards, given that wind and solar prices have fallen sharply since 2009, while the urgency to deal with global warming has only increased.

Includes expanded “deployment of smart meters throughout the Commonwealth” and a change in incentives so that utilities “put efficiency first.” The latter essentially describes “decoupling,” which I strongly support. I also support building a “smart grid” and replacing analog meters with “smart” digital ones throughout Virginia.

Again, haven’t heard a word about “decoupling” or a serious effort on energy efficiency from T-Mac in a looong time. Clearly, Dominion Power does not approve, ergo it ain’t goin’ nowhere.

4. “Do a better job of using coal and natural gas power more safely and effectively.”

I like the emphasis on retraining coal miners so that they are “never unprepared for the changing industry environment.”  I could do without the “carbon sequestration” (CCS) and “make Virginia coal the cleanest in America,” but with Creigh Deeds and Brian Moran (and Jim Webb, Mark Warner, Tim Kaine, etc.) also pushing “cleaner coal” (in Brian Moran’s case, even calling Virginia the “Saudi Arabia of coal!”) and CCS, I’ve largely resigned myself to the fact that I’m not going to agree with either the Republican or Democratic gubernatorial nominee on this issue.  Sigh.

Still hearing the same bull**** rhetoric, except if anything it’s gotten worse since 2009. Now, we’ve got this crazy fracked natural gas pipeline that’s been proposed, and McAuliffe seems to have backtracked on his “no  more coal-fired power plants” stance of 2009. Totally the wrong direction, yet again.

5. “Protect our families from fluctuating energy costs and economic disruptions.”

I definitely like giving families “the tools to reduce their energy use and carbon footprints.” I also like “low-income energy assistance and weatherization programs.”

Great ideas, what ever happened to them? Uhhhhh.

6. “Invest in people, committing significant resources to training and educating Virginians to comprise the workforce for today and tomorrow’s clean tech economy.”

This is crucial in order to prepare Virginia’s workforce for the “green jobs” of the future.

In sum, Terry McAuliffe was much stronger on energy issues in 2009, when he was in a tough fight for the Democratic gubernatorial nomination and needed support from progressives and environmentalists, than he is now, when he really doesn’t need us anymore (it’s not like he can run for governor again, and it’s not like Democrats are going to control the General Assembly while he’s in office…). So there we are; even as hundreds of thousands of people – including many from Virginia – marched today for urgent action on global warming, and even as the prices of solar and wind have plummeted (not to mention the lowest hanging fruit of all — energy efficiency), it appears as if the (Dominion) Powers that Be are in charge here in Virginia, blocking progress as they always do, same ol’ same ol’. Thrilling, huh?