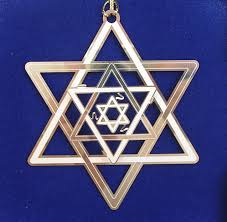 Talking with a friend about anti-Semitism, and about a distaste for the flavor of the anti-Israeli position of so much of the left.

I think my friend is a lot more wholly siding with Israel than I am. But we both agreed that — in the way the anti-Israel left deals with the moral complexities of the situation in the Middle East – there is a distinct smell of anti-Semitism.

Which led us into some discussion of the mystery of anti-Semitism.

Here are some of my thoughts about it. And as an American Jew born in 1946, and one who has made a life-time study of human brokenness, I’ve been thinking about anti-Semitism here and there for fifty years, from Erich Fromm and the Authoritarian Personality to Hitler’s Willing Executioners and The Pity of It All: A Portrait of the German-Jewish Epoch, 1743-1933.

The extraordinary thing about anti-Semitism is the way it can take so many forms in so many times and places. It’s like this indigestible bone in the gullet of much of civilization down through the centuries across much of the planet.

The world is full of inter-group hatreds. The map of them would consist of a great many short lines of such negative engagement.  But with the Jews, and only the Jews, it’s different.

There are prejudices all over the world, but there is no other people who have been the object of prejudice in so many times and places, getting kicked out of Spain, getting massacred by the hundreds of thousands in 17th century Ukraine, to “The Protocol of the Elders of Zion” being a huge hit TV documentary in Egypt, spreading the long-discredited murder-feeding fraud of that forgery of a tract.

How does that happen in a civilization, or collection of civilizations interacting on one planet?

If we ran human history a couple dozen times, would there always emerge a particular people who get bounced around like that? I bet not. My guess is that this especially persistent form of intergroup prejudice is a bit of a freak historical occurrence, an unusual way that brokenness came to flower with this particular scenario of civilized history.

An essential part of this unusualness was that in the Jews, culture had evolved a genius for maintaining its integrity and values as a cultural form, no matter the blows.

Jewish culture, like none other I know, could transmit itself from generation to generation, protecting and passing along its spirit and structure, despite a world that wanted to crack it open like a nut and devour it to establish its hegemony over vulnerable people.

Partly because of a European culture that was particularly intolerant of religious differences (unlike traditional India), as demonstrated by the way that Protestants and Catholics made war on each other for generations.

Partly because the Jews were a people of the book, and were therefore of great use to elites, who kept the Jews as the face of the power that exploited them, i.e. the instruments of the ruling elite’s own greed and lust for power.

And now some other aspects of history have created a state of Israel in a situation frought with brokenness.

On the one hand, the state of Israel exists as an extraordinary and thrilling homecoming after two thousand years, and a great achievement of a people.

But also it was a risky development, coming as it did in a particular geo-historical moment, with its various broken forces at work:

• Israel coming into existence being one of the post-War repercussions of European anti-Semitism, i.e. the Holocaust;

• Israel being born into the midst of an Arab world that was beset by profound brokenness, not well-aligned with its needs and the modern world – an untogetherness that is still evident all over the Arab world;

• An Arab world that would not make peace for generations and managed over the years of unremitting refusal to make peace has by this time created an Israel that’s a whole lot more broken than it used to be.

A lot of forces and patterns brokenness involved in the overall picture of the creation of Israel, a Jewish effort to create a Wholeness.

And those chickens have come home to roost. It is sadly hard right not to see how wholeness will emerge in this situation between Israel and the Palestinians.

And Israel is clearly now a not-trivial part of the problem.

But the way of dealing with Israel’s shortcomings that would be appropriate morally and spiritually is a far cry from some of what one discerns on the anti-Israel left.

Victims of history, all. Human. Love thy neighbor.