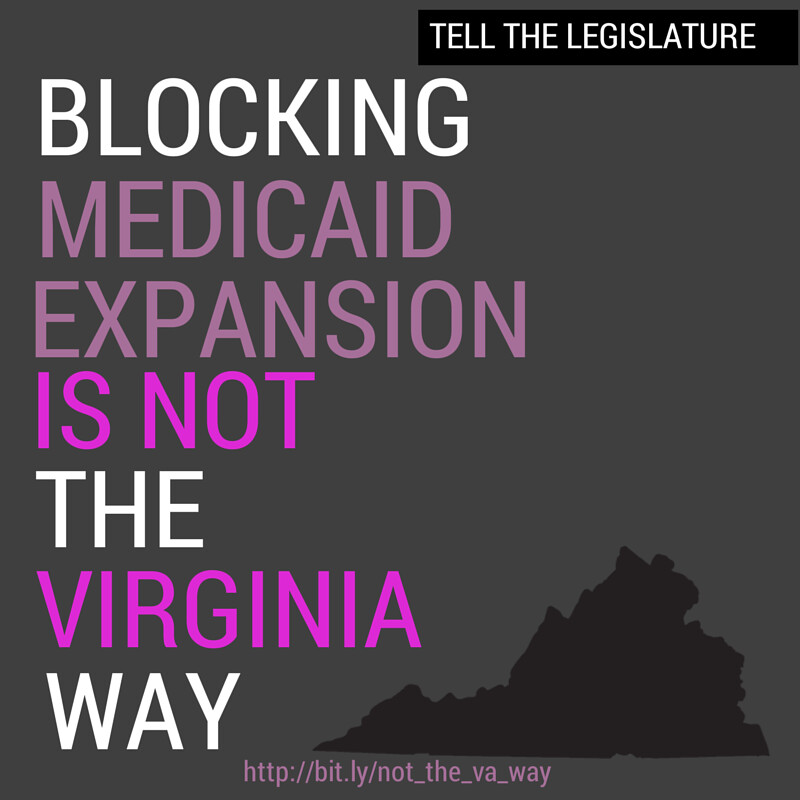 Did anyone ever expect anything else from Virginia House and Senate Republicans? The bottom line is that they: a) control both chambers; b) are absolutely terrified of being primaried by a Tea Partier; and c) are for the wealthy and well-connected, not the types of people (working class, poor) who desperately need Medicaid expansion. The answer? Vote them out of office in November 2015.

“The decision on this bill was made before we arrived in Richmond; the debate was mere window dressing. House Republicans have again shown that they have no plan to close the coverage gap,”  said Democratic Leader David J. Toscano.  “The rejection of this legislation is further proof that this entire medicaid special session was a charade.  Despite this setback, we will continue to fight to bring our taxpayer dollars back to Virginia to help our citizens and to find a way to close the coverage gap.”

Del. Carroll Foy Statement on VMI’s Adoption of Her Proposals to Root out Racism at VMI, Removal of Stonewall Jackson Monument

Amendment 1 and the “Representatives Picking Their Voters” Trope