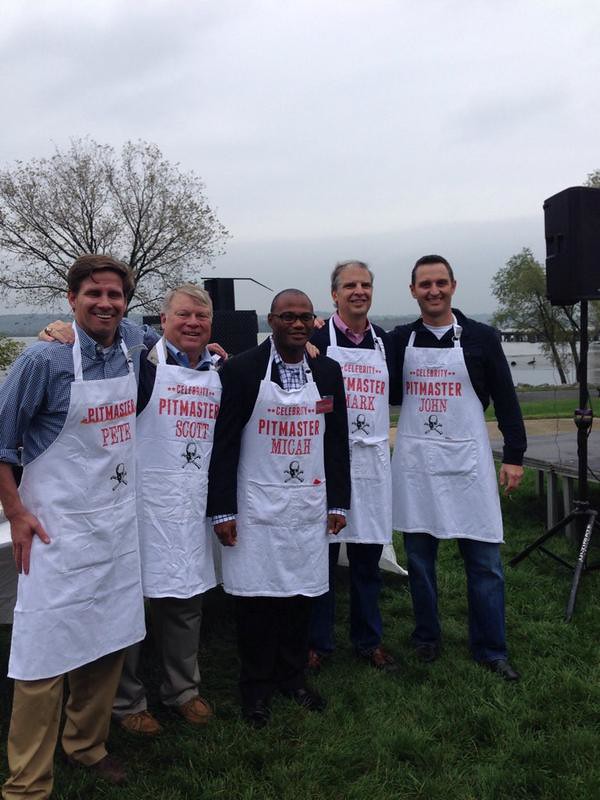 Mark Twain once said, “It is better to keep your mouth closed and let people think you are a fool than to open it and remove all doubt.” Well, apparently, 8th CD Republican candidates Micah Edmond either never heard that expression or has decided that Mark Twain didn’t know what he was talking about, because he’s just done exactly that: opened his mouth and removed all doubt that he’s a fool. Why do I say this? Check out Edmond’s bizarre interview with right-wing radio host Andy Parks of the Washington Times (but of course!). A few “highlights?

Well, I will tell you I think that he’s done that in a number of ways…One is, when the minority community holds forums, Don Beyer never shows up. I’ve attended a number of them by…the Urban League…What I thought was the biggest insult was, he couldn’t make the time, so he just thought, ‘I will just send, you know, a black surrogate’…When I went to go debate at the Jewish forum, hosted by Olam Tikvah just recently, he chose not to show up and then he said well, you know, ‘I’ll just send a Jewish surrogate.’ And then also with the League of Women Voters in Fairfax, he chose not to show up, but then he says, ‘I’ll just send some woman.’… For a very diverse district, Don Beyer doesn’t seem to show up…he just [believes if he?] sends someone else that looks like them is good enough, and it’s not representation.

Seriously? This is what Edmond’s going to close out the final week of his losing bid for Congress talking about? That Don Beyer supposedly doesn’t care about minorities because he sends highly qualified surrogates (like Sen. Adam Ebbin) to a couple forums? Note that Beyer has been involved in this community for decades (e.g., see here about Beyer courting the NAACP back in 1997), while Micah Edmond…well, give him a few decades and we’ll see, but I’d wager that 99% of 8th CD voters had never heard of him prior to this election. Anyhoo…

2. Edmond says Don Beyer’s “top three stated policies” — climate change, women’s reproductive rights, and gun control — are not voters’ priorities, but are “incredibly ideological issues in a district where the average person here cares about…having a new vision and new voice on how to grow the economy and create jobs.” WTF? Where to even begin. First, there’s nothing “ideological” about climate change — it’s basic science, and the only reason it’s even political at all is because of Edmond’s party and the fossil fuel interests who fund them. As for women’s reproductive rights and gun issues, many people care deeply about these issues, for one simple reason: they’re really important to people’s lives. Again, if they’re “ideological,” that’s largely because Edmond’s party has made them ideological, instead of for instance simply acknowledging that 80%, 90% of the American people support things like universal background checks, closing the gun show loophole, etc.

Finally, as for growing the economy and creating jobs, all the evidence is that the economy performs better under Democratic leadership than with Republican bungling. So, no, we don’t need Micah Edmond’s “new vision,” as it’s clearly the same old vision that got us into this mess in the first place. No. Thanks.