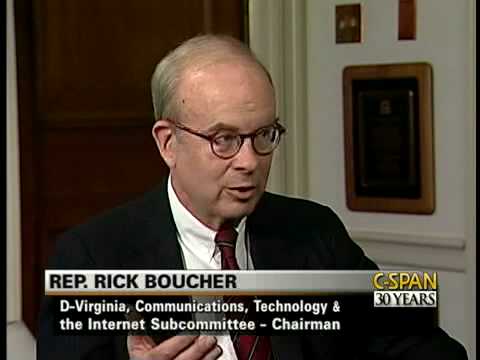 Over on his Facebook page, former Virginia Lt. Governor Bill Bolling is busy encouraging everyone to read “Bill’s op/ed – Restoring Virginians’ Trust In Government – in today’s edition of the Washington Post. Now, of course I’m not normally in the habit of taking advice from Bolling, a conservative Republican who’s wrong about, well, pretty much everything (recent example: joining in the Ebola hysteria, alarmism and fear-mongering), but I was curious what he and former Rep. Rick Boucher had to say about ethics reform, given that Gov. McAuliffe has (unfortunately) appointed the two of them to lead the newly-formed “Commission on Integrity and Public Confidence in State Government.” Unfortunately, as much as Bolling and Boucher probably believe that their editorial shows how serious they are about cleaning up the ethics mess Virginia finds itself in, reading it causes me to reach the exact opposite conclusion, that they are not the least bit serious, nor do they in the least bit “get it” (or even “get” what they don’t “get”).

First, though, let’s review a bit of history about Bolling and Boucher, the heads of Gov. McAuliffe’s ethics commission. As for Bolling, you might be interested to know that he worked for 21 years at the Virginia-based Reciprocal Group, an insurance company “whose executives were found guilty of Enron-like fraud.” That’s right, “Enron-like fraud.” Bolling’s excuses? Well, he implausibly/laughably claimed to have only been a mere “middle manager” at the company, even though he earned a whopping $250,000+ per year “in a company listing a mere $4 million in assets!” Nice, huh? Oh yeah, Bolling also Bolling implausibly/laughably claimed to have no memory whatsoever of any wrongdoing at the company, which went bankrupt in 2003 “with $770 million in unpaid claims,” including the fact that it “financially devastated thousands of doctors and lawyers as well as many hospitals across the country that relied on it for their malpractice insurance.” Yeah, memory loss can be a terrible thing, but in this case it’s all too convenient for Bill Bolling, and obviously not the least bit credible (I mean, if you believe Bolling on this, I’ve got some nice swamp land in drought-stricken California to sell you…). Bottom line: Bill Bolling is one of the LAST people this side of Bob McDonnell we should trust to head up an ethics commission.

As for Rick Boucher, he epitomizes so much of what’s wrong about government these days (e.g., “revolving door” between Congress and the lobbying world; doing the bidding of corporations when he was in Congress), it’s hard to know where to start. Check out “The Climate War” and Why Rick Boucher Lost His Election, plus YOU HAVE WON A NEW CAR!!! and details on how Boucher has cashed in since he lost his bid for reelection in 2010. Again, this is one of the last people we should trust to reform the many problems in Virginia government.

Enough on their (sordid) background, though; let’s get to the arguments Bolling and Boucher make in their op-ed to demonstrate just how clueless and unserious they really are. Here are a few highlowlights:

–The first paragraph is a bunch of nauseating pablum about how Virginia’s great because we balanced our budgets (like every other state, we’re REQUIRED to do that, so big freakin’ deal), and also how wonderful it is that we “keep taxes low and regulation in check.” Except for one problem on that latter point: keeping “taxes low” and “regulation in check” is overwhelmingly to the benefit the wealthy, powerful, corporate interests who have bought and paid for Virginia’s government, and of course exactly what they want. Consider that keeping “taxes low” has mostly involved cutting the estate tax for the wealthiest Virginians (also the most politically powerful, as they cut big campaign checks to politicians of both parties). And keeping “regulation in check” mostly means things like letting polluters run amok, blow up mountains and pollute entire ecosystems (and communities) with impunity, stuff like that. Again, this is EXACTLY what those corporations and wealthy individuals wanted, and exactly what they paid for through their wining, dining, and donating to Virginia politicians. All of that should be illegal or severely restricted, but Bolling and Boucher not only don’t see anything wrong with any of it, they think it’s great! As I said, utterly unserious.

— In the second paragraph, embarrassment and even minimal self-awareness somehow are unable to keep the Bolling/Boucher ethics twins from writing this dreck (another word for bulls***) – “Where corruption and scandal unfortunately occurred in other states, Virginia enjoyed a culture of exceptional and often selfless public service” (also see the next paragraph, where they write about Virginia’s “reputation for honesty and integrity in government”). Seriously, read some (any!) history about Virginia, the Byrd Machine, the influence of wealthy/powerful donors on Virginia’s current political and economic system, etc., then reread that sentence. Just make sure you don’t have any milk in your mouth when you do, as it will most likely end up either spit out all over your computer keyboard or up your nose as you snort with derisive laughter.

–Next, Bolling and Boucher inadvertently highlight a glaring, systemic problem with this commission — it has absolutely no power to pass legislation. Thus, although they note that they plan to “conduct a comprehensive review of Virginia’s approach to ethics, campaign finance, gifts, conflicts of interest, lobbying and a host of other issues that ultimately determine the scope of the public’s trust in state government,” none of that will mean anything without laws being passed by the likes of Bill “ALEC” Howell, Senate Majority Leader Tommy Norment (click here for all the corporations, organizations and wealthy individuals he’s beholden to), and Senate Minority Leader Dick Saslaw, who actually believes that we don’t need no stinkin’ ethics laws at all!). So, have fun with your commission, Messieurs Bolling and Boucher, but keep in mind that anything you come up with will have to face death by a thousand cuts in a Virginia General Assembly led by corporate hacks, cronies and true believers in legalized corruption.

–Speaking of those fine leaders, the next paragraph in Bolling’s and Boucher’s terminally-naive (or is it faux-naive?) op-ed speaks glowingly about how “Virginia is fortunate that its political leaders in the General Assembly have shown the desire necessary to tackle these problems.” Did milk spurt out your nose on that one? Don’t say I didn’t warn you. 🙂  But yeah…I feel like I’ve lost about 40 points in IQ just reading Bolling’s and Boucher’s butt-kissing drivel this far. Unfortunately, there’s more (you’re welcome for reading this crap so you don’t have to – lol!).

–“Our commonwealth was founded on a principle of honest government that puts the public good ahead of all other considerations.” Actually, our commonwealth was founded on the basis of slavery, wealthy-white-male privilege, women having no rights, etc., etc. Also, let me mention yet again the fine Byrd Machine, not to mention “Massive Resistance” to racial integration,etc, etc. As for “honest government,” that’s certainly true if you consider it “honest” to have a government that’s of/by/for the corporations and wealthy individuals, where corporate lobbyists write the legislation, where lawmakers are flowing to France on all-expense-paid “fact-finding” boondoggles by wealthy interests with major business before the state (and where that’s perfectly legal, even if wildly unethical), etc, etc. Personally, I prefer a government that’s of, by and for the PEOPLE, but that’s just me (and a few people you might have heard of like Abe Lincoln, Teddy Roosevelt, FDR, etc, etc.)

–Finally, one last snort-milk-and-cookies-up-your-nose moment, was Bolling and Boucher actually put down the words, “In Virginia, common sense has always won out over cynicism and the petty politics of short-term gain.” Hey, I’ve been following Virginia politics closely since January 2005, and I am absolutely confident (NOT!!!!) that has ALWAYS happened. For instance, there’s no “petty politics” or “cynicism” in the Republicans’ refusal to take back our own tax money and expand health care coverage to hundreds of thousands of our fellow Virginians who badly need it. Nope, that’s high-minded idealism right there, don’t ya know? Same thing with the bills written by Dominion Power to block the growth of clean energy in our state — again, nothing “petty” or “cynical” about our legislators taking s***-tons of money (and dinners, outings to the Homestead, you name it) from companies like Dominion and then (just coincidentally, I’m sure) voting their way.

In sum, the government that Bill Bolling and Rick Boucher portray in their (either naive, faux-naive, or just utterly clueless and unserious) op-ed comes across as so wonderful, high-minded and upstanding that it calls into question why anyone would want to reform it in the first place. And, indeed, let’s not kid ourselves: people like Bill Bolling and Rick Boucher, utterly part of the system, are not – repeat NOT! – capable of seriously reforming it. Unless, that is, you subscribe to the theory that you can hit something you can’t even see, like the a 100-mile-per-hour fastball coming at you with the setting sun glaring in your eyes. Sorry, but you’re not going to hit it. Nor are Bill Bolling and Rick Boucher going to reform Virginia state government. But keep patting yourselves (and each other) on the backs guys, that’s mostly what you’re good for anyway.

Good that Biden came out on top, but 39% of the country appears to be just...lost, among other things. https://bluevirginia.us/2020/10/friday-news-trump-stuck-fighting-the-2016-war-as-biden-comes-out-on-top-trump-was-nasty-he-was-dishonest-next-please-four-years-of-leadership-four-years-of-joe-biden-cameron-we#comment-5121652217