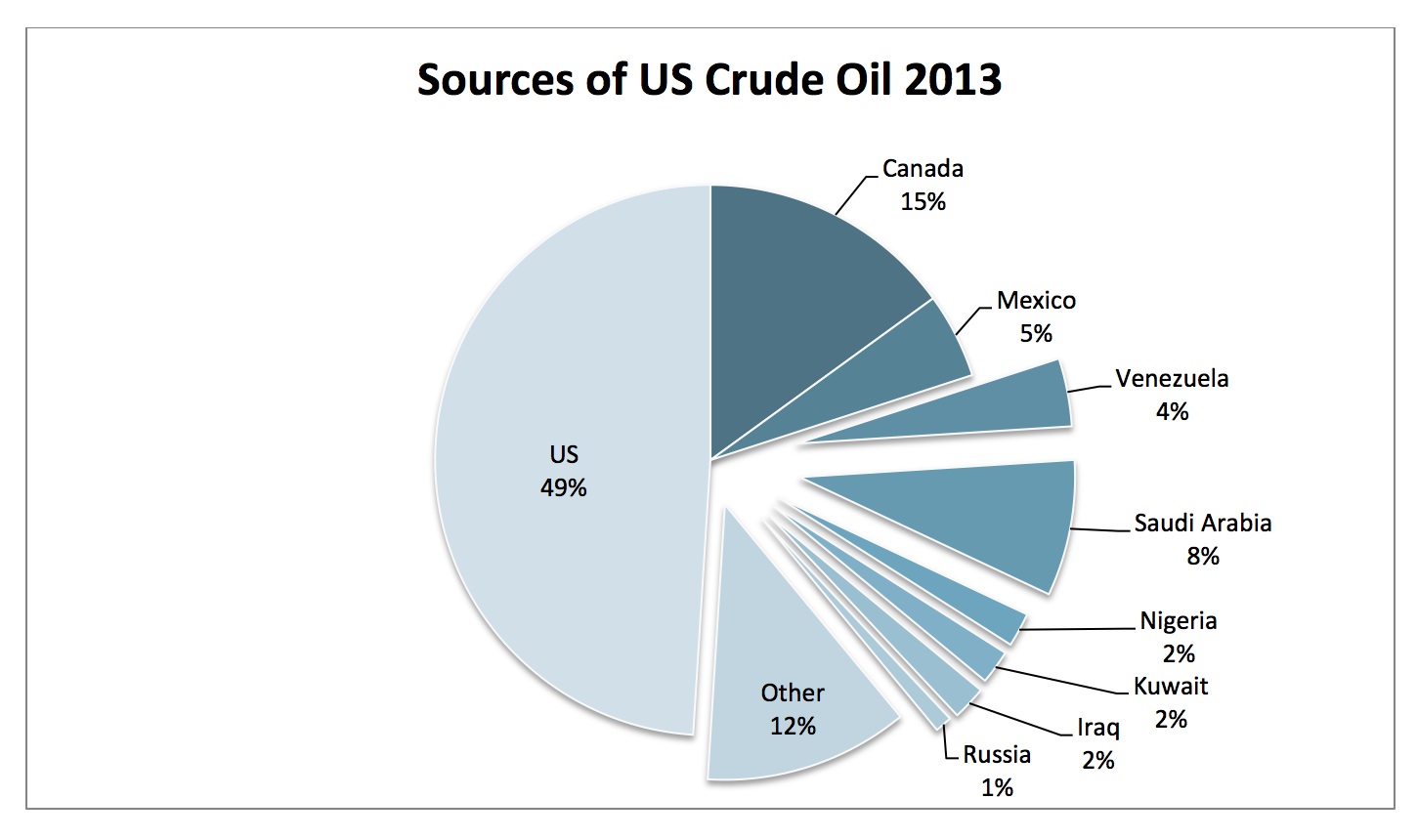 Gov. Pat McCrory (R-NC) is a leader in the fight to drill for oil off Atlantic Coast beaches, yet somehow that position hasn’t taught him anything about where the oil in our gas tanks comes from:

A coalition of governors along the Gulf Coast and Southeast who support offshore drilling is chaired by North Carolina Gov. Pat McCrory. McCrory said besides the prospect of good jobs and business profits, more states should contribute to building American energy independence from foreign imports by allowing drilling.

“We are hypocrites in North Carolina if we expect to get all our energy from somewhere else and just expect that our hands are clean in this whole thing,” he said.

If McCrory is defining “somewhere else” as North Dakota, then he’s right. Under President Barack Obama, U.S. oil production is nearing all-time highs. In fact, oil prices have been falling thanks in part to “oversupply from the U.S. because of increasing shale oil production.” So why do we need offshore oil drilling, or the Keystone XL tar sands pipeline to bring in oil from Canada, or any of the American Petroleum Institute’s other demands? We don’t.

It’s hard to know if McCrory’s just ignorantly spouting Republican talking points or willfully in Big Oil’s pocket. If we’ve learned anything from Gov. McCrory’s administration, it’s that he’ll say whatever polluters want. In the wake of a coal ash disaster, McCrory worked to protect not North Carolina’s drinking water and fish but to shield Duke Energy, his former employer, from accountability. McCrory is also a climate science denier.

Let’s be generous and pretend what McCrory means here is yeah, but we still import around half of our oil! Most of the “unfriendly” countries big enough to have slices on this pie chart have economies that are built on oil money – if ISIS took over Saudi Arabia and stopped selling oil, it would go bankrupt approximately 30 seconds later. And since oil is a global commodity, if it just stopped selling oil to the U.S., they’d have to sell it to, say, China, and the oil that would’ve gone to China from somewhere else would just flow to our pie instead. It’s also not 1973 anymore and the government price controls that worsened that era’s oil crisis have long since been abandoned.

So what has all this great energy independence done for American families? Gas prices may be slightly lower today, but they’re still not far from all-time highs, even as those low prices are subsidized by a shrinking gas tax. It’s created jobs, but only in places like North Dakota and Montana, where the oil boom has been a mixed blessing. Overall, drill baby drill has been an epic failure.

The only way to cut our energy bills is to use less energy. The Obama administration has made great strides on fuel efficiency standards, but there’s much more we could be doing at the federal, state and local levels to provide public transportation and to allow more housing to be built in cities and close to transit. Well, we could also nationalize the oil industry and give the oil away at cost, but if Congress thinks bike paths are socialism, I’m guessing they’ll find this option significantly less palatable.

But “energy independence” is a much easier sell for Republicans like Pat McCrory than the truth, which is “let Big Oil rape our coastlines, kill our wildlife, destroy our climate for future generations, and take all the profit while you pay more for gas.”