According to an analysis by the New York Times: “Some weak Democratic performances in the midterm elections Tuesday are hard to explain. Virginia is not.” So what happened in Virginia? Simple: turnout was way down, with the largest declines “in Democratic-leaning areas” (while “[t]urnout in Republican-leaning areas in Virginia was at levels fairly typical for a competitive midterm election”). Why? In large part, because Warner et al. assumed he had this one in the bag, therefore:

In 2012, Democrats mounted significant mobilization and campaigning efforts in Virginia. They didn’t in 2014. The surprisingly close race highlights why they’re needed.

You know the rest of the story… 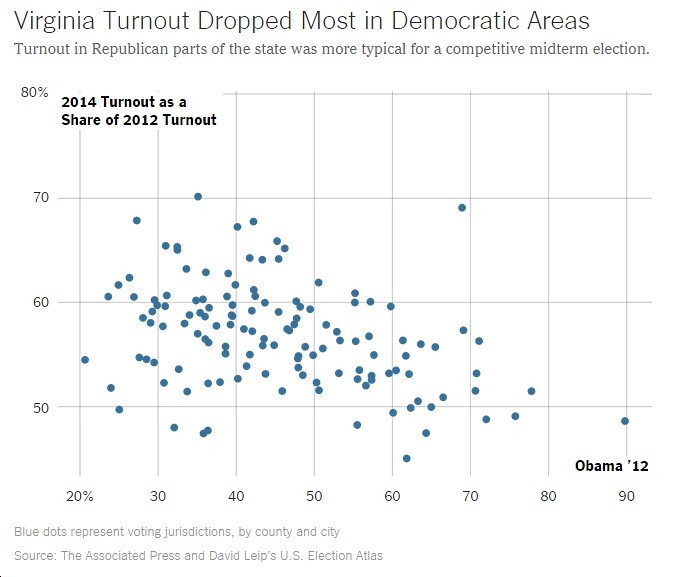 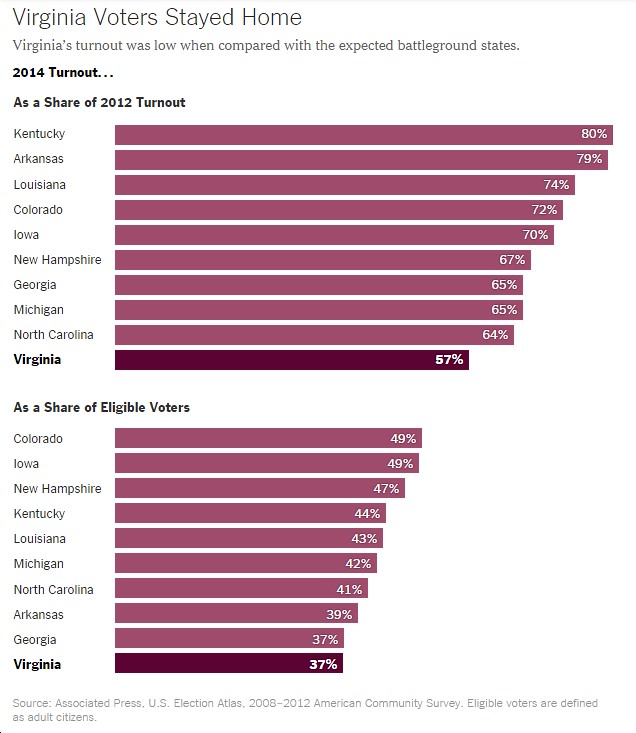