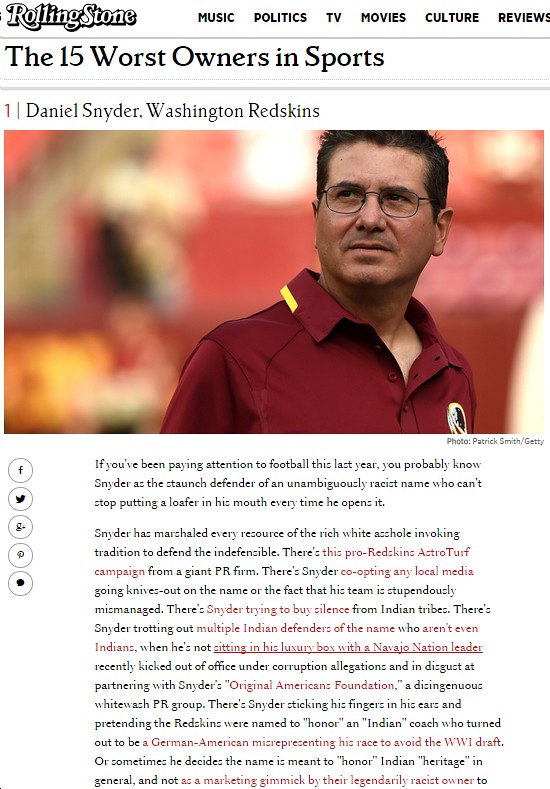 A richly deserved “honor” by Rolling Stone for Dan Snyder and for “every contemptuous, miserly, greed-headed, soul-dead move Snyder has pulled in D.C,” not to mention his “blithe unconcern with a shredded field and player health that already nearly Cuisinarted RG III’s knee” and the “cluster**** of tire fires the R**kins have become under Snyder’s tenure, all set ablaze by the flaming sack of dogs*** that is what passes for his conscience.”

Yeah, I’d say that mostly covers it. This being a Virginia political blog, I’d just remind everyone that Snyder donated $50,000 to Bob McDonnell in 2009, and that he’s undoubtedly figuring out a way to milk Virginian taxpayers out of a whole bunch more corporate welfare for his “professional football team” (using that phrase very loosely). Don’t let him.