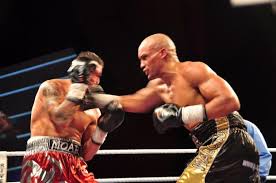 How else but by Democratic weakness can we explain how raising the minimum wage keeps winning by large majorities with support from people who then go vote for Republicans who have fought to block such a raise?

How else can we explain that voters unhappy with the failures of Congress to take care of the people’s business will vote for politicians who made it their priority to see to it that Congress could not take care of that business?

The people have bought a raft of lies, and the Democrats have been too weak to make the liars pay a political price.

Now the bullies of the right are coming forward to bully the Democrats some more. This we saw yesterday when the Republican Speaker of the House spoke contemptuously of the President of the United States in a way we Americans are not supposed to talk about a president.

Speaker Boehner warned President Obama against “poisoning the well” (by taking an executive action the Republicans don’t like). No one would drink from it anyway after what the Republicans have thrown into it these past six years.

Will President Obama let himself be bullied? Will the Democrats in general respond to their rejection by the voters by acting deferential to the victors?

God, I hope not. That’s the last thing we need for the Democrats to do.

The Republicans were hardly deferential in 2009 when they came out of their second straight rebuke from the voters. And in that case, the Republicans had pretty well called the shots for eight years, and the mess they were rejected for was of their own making.

Now the Democrats have been rebuked. The people are not happy, and understandably so. But what has made the people unhappy is mostly the result of deliberate Republican choices to sabotage our political process.

If the Democrats apologize for policy positions that might have taken the country forward, if they take the position of supplicants seeking compromise with people who disdain compromise, then the despicable and unAmerican tactics will have been rewarded once again.

No, we cannot have that. The Republicans have pressed the battle since Obama was elected. The Democrats, in their weakness, have hurt themselves by being out-messaged and out-fought one more time this fall.

Let this new Congress, which is so ugly to contemplate, with for example a climate denier (James Inhofe) becoming chairman of the Environment and Public Works Committee, become the inspiration not for surrender, but for the Democrats finally swinging like they mean to get a knockout.

Put forth a vision of how American can move forward, and tie that vision to the issues over which the struggles ahead will be fought. FDR inspired people with a liberal vision of the greater good. Is there any reason American liberalism, in this time of widening inequalities and other injustices, cannot put forward a powerful vision again?

Press the battle for the minds of the people who went into the voting booth this past week and handed more power to the disgraceful party the Republican Party has become.

Go forward with executive action on immigration. Take every measure to available to deal with climate change, including standing firm against the Keystone XL Pipeline.

Press the battle. That is what this nation desperately needs.

It’s no time to give in to bullies.

The Democrats should come out swinging.