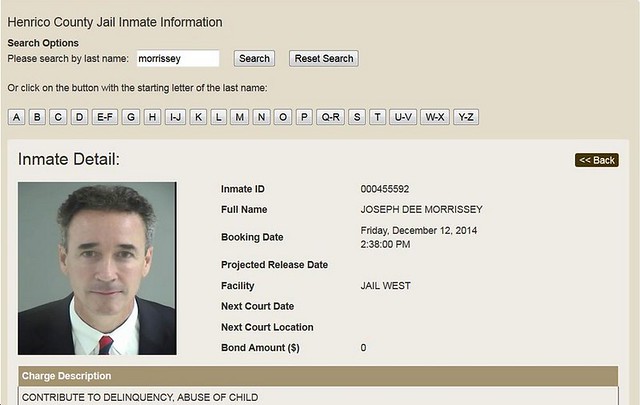 This soap opera never seems to end. Also see the “flip” for highlights from a fun discussion about all this a bunch of us (reporters, bloggers, politicos) had earlier on Twitter.

“I am not going to be part of that process” – Joe Morrissey on why he is not running in Dem primary.

.  @MSchmidtRTD THAT is the story here.  I don’t agree with @GarrenShipley often, but this is massive disenfranchisement

. @MSchmidtRTD This is the first election I can ever remember in my lifetime where a fee was required to vote (e.g. committee membership).

@MSchmidtRTD @GarrenShipley @notlarrysabato “Please don’t make things up, Garren” – that line could apply to so many situations! LOL

@GarrenShipley @notlarrysabato At no point did I excuse Dems. Please don’t make things up, Garren.

@notlarrysabato @GarrenShipley I don’t even understand what that has to do with taking sides, but if that’s your interpretation …

@MSchmidtRTD Well you are a reporter, so now you know to get better sources who know difference in law between two situations.

@MSchmidtRTD @GarrenShipley @ssurovell Probably getting that idea b/c you are using an example of an entirely different situation.

@notlarrysabato @GarrenShipley @ssurovell I’m not defending the process, I don’t know where you get that idea from.

.@MSchmidtRTD @TravisFain If you really think it’s the same thing, you are very poorly informed.

@MSchmidtRTD @GarrenShipley Sounded like taking sides to me when you conflated two different process with two different deadlines 2 make pt.

@GarrenShipley @ssurovell Nice try. I’m not taking sides. I said both parties are doing it.

@GarrenShipley @TravisFain @ssurovell Semantics. In both cases, a candidate dropped out, a small group hand picked a new nominee

@MSchmidtRTD @GarrenShipley @ssurovell “So what”?  The deadlines are different.  You are a reporter, gather the facts before looking dumb.

@GarrenShipley @ssurovell So what? Still a closed nomination, with an even smaller group of “chosen few” to pick the nominee.

@GarrenShipley @ssurovell How did the GOP hand Peter Farrell his seat 3 years ago? Hmmm … http://bit.ly/16DkhDj

.@ssurovell @notlarrysabato I know a lot of folks who lost at mass meetings who would disagree. Huge difference

@notlarrysabato Then I assume you’ll be leading the fight against @FairfaxDems endorsing 12 school bd candidates next year?

@GarrenShipley I was responding to the comment that said Brat received 1000s of votes. But thanks, hope to be as smart as you one day.

.@JNagurka Which was to replace a candidate who dropped out. Google before you Tweet. You’ll be happier.

.@ssurovell Just 100 voters allowed to participate? Doesn’t seem very democratic. Or Democratic, if the usual rhetoric is to be believed.

@GarrenShipley Really?  I’ll check with Peter Farrell and Dave Brat so see if they agree with you about that

If what I’m  reading about @vademocrats process in the 74th is accurate, wow. Just 100 qualified voters? #inclusive 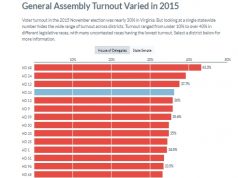 Former President Obama, VP Biden Speak About What’s Happening Right Now in Our Country ("If we want to bring about real change, then the choice isn’t between protest and politics. We have to do both.") https://bluevirginia.us/2020/06/former-president-obama-vp-biden-speak-about-whats-happening-right-now-in-our-country