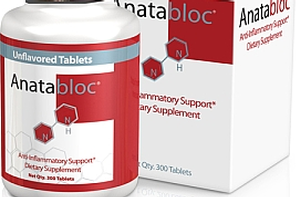 Virginia Republicans, not content just to usher in an offensive new chair, are rehashing the McDonnell trial to share how little they've learned from the ordeal.  In a Bearing Drift post, Shaun Kenney, the Executive Director of the Republican Party of Virginia, dons his tinfoil hat to trump up far-fetched smears on a federal judge while downplaying one of the most serious ethics violations in recent Virginia history.
Kenney asserts that the judge assigned to McDonnell's trial was somehow unable to render a fair verdict due to votes cast by the former governor nearly 20 years ago. But even more troubling, he goes further to claim that the whole trial was “based on what amounts to a handful of vitamin pills.” If this is Virginia Republicans turning over a new leaf and taking ethics reform seriously, well, they're not doing it right.
“By downplaying McDonnell's serious ethics issues as nothing more than a 'handful of vitamin pills,' Virginia Republicans show how little they have learned from this experience,”  said Morgan Finkelstein, press secretary for the Democratic Party of Virginia.
The timing of the Executive Director's tirade is especially odd given that just this week, House Republicans insisted that they've finally gotten to where Governor McAuliffe was a year and a half ago by supporting a $100 gift ban. How serious they are remains to be seen, but trying to downplay Bob McDonnell's crimes isn't the best foot for Republicans to put forward.