If Democrats have been getting clobbered by the working class voting Republican totally against their economic interest, we have been doing it wrong. How about a simple message that can appeal to almost everyone who works in America? It is: YOU need a raise! Lowell encouraged me to cross-post my blog article on this here; I hope that this stimulates some conversation.
A few days before the last election, the Wall Street Journal published an article entitled, “Democrats lose their grip on voters with keys to the House.” The article began:

AITKIN, Minn.—The plumbers, drillers and truck drivers who arrive at the Birchwood Cafe before sunrise pour their own coffee, tuck away eggs and air gripes that help explain why some longtime Democrats now lean Republican. They are skeptical of President Barack Obama and don’t care much for his party’s support of federal safety-net programs. ‘You take a look at all the giveaway programs the Democrats have. Nobody wants to work anymore,’ said Dale Lundquist, a 69-year-old excavation contractor.

The incomes of plumbers, drillers, truck drivers, and most other working class workers (not to mention most other Americans) have stagnated or declined over the last several decades. Workers’ productivity has continued to increase since the end of World War II, but their compensation became untethered from productivity in around 1979 and has not kept up since.
The median income of men with high school diplomas, adjusted for inflation, has fallen from $37,172 per year in 2001 (in 2013 dollars) to only $31,288 per year in 2013.[1] Plumbers, drillers, and truck drivers are falling behind despite working as hard as ever, but vote Republican because the Republicans have successfully branded the Democratic Party as the party that is in favor of taking YOUR money and giving it to “those people” who use it to avoid work.

A major sign Democrats need to change our economic messaging is that when registered voters were polled on “Do you think Republicans in Congress or the Democrats in Congress would do a better job of dealing with … the economy?” in late September, 50 percent said the Republicans would do a better job and only 39 percent said the Democrats. Voters are not diving into the details of what Republicans are actually proposing to deal with the economy, and Democrats are not doing nearly enough to help them understand what Republicans are really proposing. But Republicans know that the economy is the main issue, and have no problem staying on message that voting for them is voting for economic growth. Democrats need to pivot to focusing solely on a simple, compelling economic message while completely exposing the fallacy of the Republican policy prescriptions.

The Democratic Party is supposed to be the party of everyone who works for a living, or who recognizes that having a strong middle class is the surest way to broad economic growth. We are on the side of the white working class, who overwhelmingly vote Republican. We are on the side of everyone else who has seen his or her standard of living eroded over the years, because compensation has been unhooked from productivity, regardless of that person’s race, religion, or sexual preference. We should be the party that has proposals to do something about it, and that vows to fight for those proposals until they are implemented. Why should we cede the working class to Republicans?

We need one slogan that quickly encapsulates what we are about, that appeals to people’s self-interest, and that unites rather than divides us. The slogan needs to be simple, and focused on the one big thing.

It is: YOU need a raise!
Democrats believe that you should get a raise, and support policies that will give you a raise. Republicans support policies that prevent you from getting a raise.
While the specific proposals for giving YOU a raise are discussed below, Democrats should focus more on hammering on the slogan while explaining that Republican proposals prevent you from getting a raise.
Note that the focus is NOT on “income inequality.” People are less concerned about whether the rich have pulled so far ahead of most everyone else than they are concerned about how well THEY are doing. Giving YOU a raise has the effect of reducing income inequality without making income inequality a campaign slogan. Don’t demonize the rich per se, but do demonize the Republicans for advocating policies that have the effect of transferring wealth from the many to the few, that make sure that YOU DON’T get a raise.
The Democratic Brand
In an interview with the Washington Post’s Greg Sargent just before the 2014 election day, Guy Cecil, the executive director of the Democratic Senatorial Campaign Committee (“DSCC”), said: “It is our job to make Senate races about the two people on the ballot. Our advice to candidates is that when somebody disagrees with the president, they should say so, and that when somebody agrees with the president, they should say so… . For us to nationalize the election in a series of red states would play into the terrain that Republicans want us to play on.” 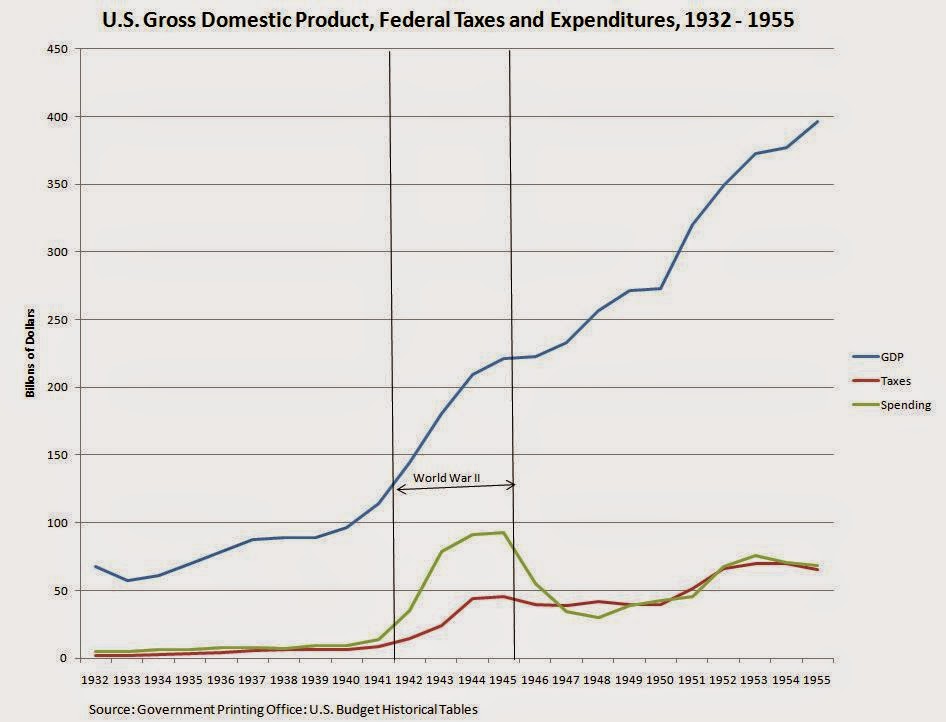 Don’t let the Republicans tell you that we can’t afford it. We can. In fact, we cannot afford NOT to do it. Just like the spending for World War II finally got us out of the Great Depression and set us on the road to prosperity, spending for a new World War II, but for peace, will get us moving again. And that will help YOU get a raise, just like it helped your fathers and grandfathers get a raise.
We need to raise the minimum wage, not just in the states that have already enacted higher minimum wages, but all across America. Raising the minimum wage would mean that those of us working at Wal-Mart would no longer need food stamps in order to get by. Raising the minimum wage would put more money into the pockets of those of us who would put our higher earnings right back into the consumer economy, giving YOU a raise as well.
We need to recognize that ALL of us, whether driving a truck, working in a poultry factory, or working at the checkout line, are contributing to the increasing growth of our economy through our labor, but we have not been getting a raise. The extra money is going elsewhere. We need to be fairly paid for our contribution to our employers. Every one of us who works hard deserves to share in the greater prosperity that our hard work brings to America. We don’t want a handout, we just want to be paid fairly for our contribution, which has been happening less and less in America. Republicans do not want you to get a raise, but Democrats do.
YOU need a raise, but you will not get one if you elect Republicans.
[1] Source: US Census Bureau, Historical Income Tables, Table P-16.

[8] Republicans often cite to a Congressional Budget Office report from February 2014, “The Effects of a Minimum Wage Increase on Employment and Family Income,” and claim that it concluded that raising the minimum wage would result in the loss of half a million jobs, never mind the millions more who would benefit. They focus on the sentence on page 9 of the report: “According to CBO’s central estimate, implementing the $10.10 option would reduce employment by roughly 500,000 workers in the second half of 2016, relative to what would happen under current law.” The footnote following that sentence reads: “A central estimate is one that uses values at or near the midpoints of estimated ranges for key inputs.” Later on page 9, the report states: “The overall reduction in employment could be smaller or larger than CBO’s central estimate. In CBO’s assessment, there is about a two-thirds chance that the effect of the $10.10 option would be in the range between a very slight decrease in employment and a decrease of 1.0 million workers; thus, there is a one-third chance that the effect would be either above or below that range.” Thus, the “central estimate” is simply the midpoint of all the studies that the CBO consulted, rather than the CBO’s own calculation of the effect. But the most rigorous research confirms what our observations tell us: minimum wage increases do not reduce employment.