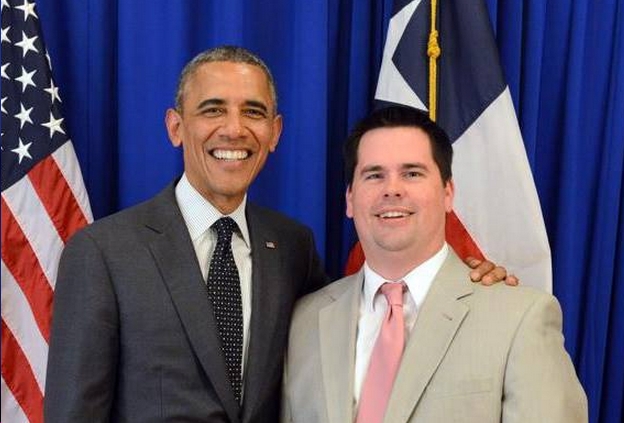 Here are the (strong) rumors — which I’ve now heard/had confirmed from multiple sources over the past couple weeks — as of now. What you’re hearing? Thanks.

*Steve Pazmino out as Virginia Democratic Senate Caucus Executive Director after many years. His last day will be Dec. 31, 2014.

*Brian Zuzenak heading over from the Democratic Congressional Campaign Committee (where he’s political director) to take over for Pazmino.

P.S. I love how people “play dumb,” claim they have noooo idea, etc, even as the rumor ship is leaking like a sieve…

P.P.S. This all seems highly consistent with a Hillary Clinton for President announcement in the next few months.

UPDATE: I finally caught up with Steve Pazmino this morning. He said this was the “job of a lifetime” (that he’s held since January 2003), that he’s had a “fantastic run” and is very proud to have built a program here (from every little when he started) in Virginia which others think is worthy of emulating. He said that Gov. McAuliffe and his people have a right to bring in whatever folks they want to run the program.  He noted that we’ve had our ups and downs, going from 16 Senate Dems to 22 to 20 to 19.  Looking forward, Pazmino says we obviously we can’t control the national political climate, but we need to have good candidates here in 2015, run strong campaigns, and motivate the base to turn out and vote. Finally, we talked about Virginia’s evolution from more of a “Southern” state back in 2003 to more of a “mid-Atlantic” state today. Of course, it’s not inevitable that it will continue in this direction, but the demographics make that path look more likely than not. Still, Democrats obviously can never take anything for granted, and will need to work to convince people to vote for them – and to turn out!  Anyway, good luck to Steve Pazmino in whatever he does next, and good luck to the team that’s coming in for 2015!