Serious question: is the “convention wisdom” by the inside-the-Beltway, “elite” media and political pundits EVER right? Check out this screen shot and see for yourself how “everyone” was expecting Romney to run, and how he’s…yep, NOT running. Nice going, political “analysts!” Of course, these are some of the same people who also said Jim Webb could never beat George Allen, that Hillary Clinton was a lock for the nomination in 2008, that Barack Obama was toast in 2012 due to the unemployment rate or whatever, that Romney was actually leading that election in October 2012, you name it. The question is, why does anyone listen to these people? 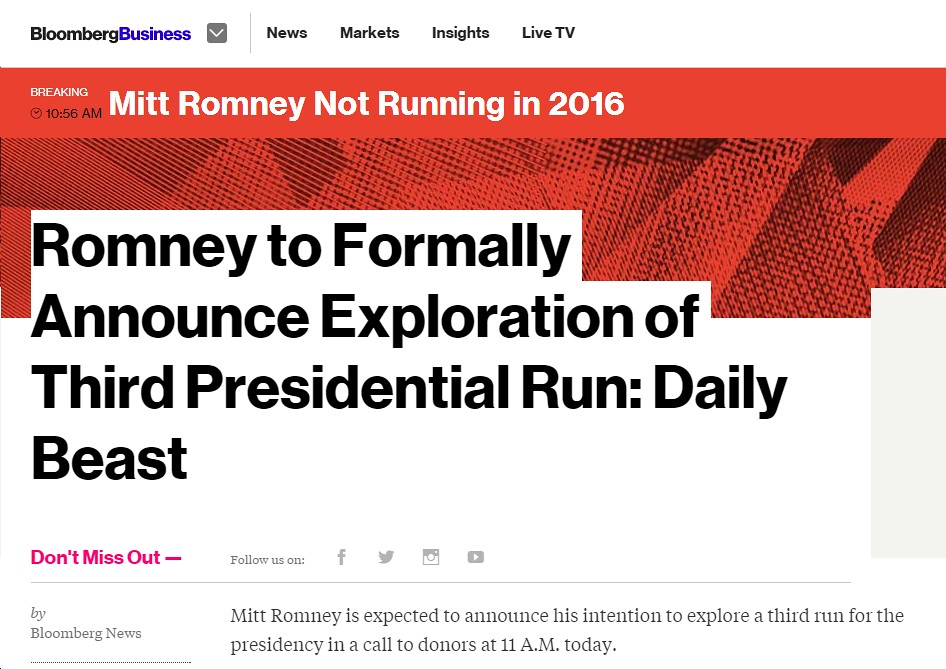