Check out the latest polling by Stanford University: 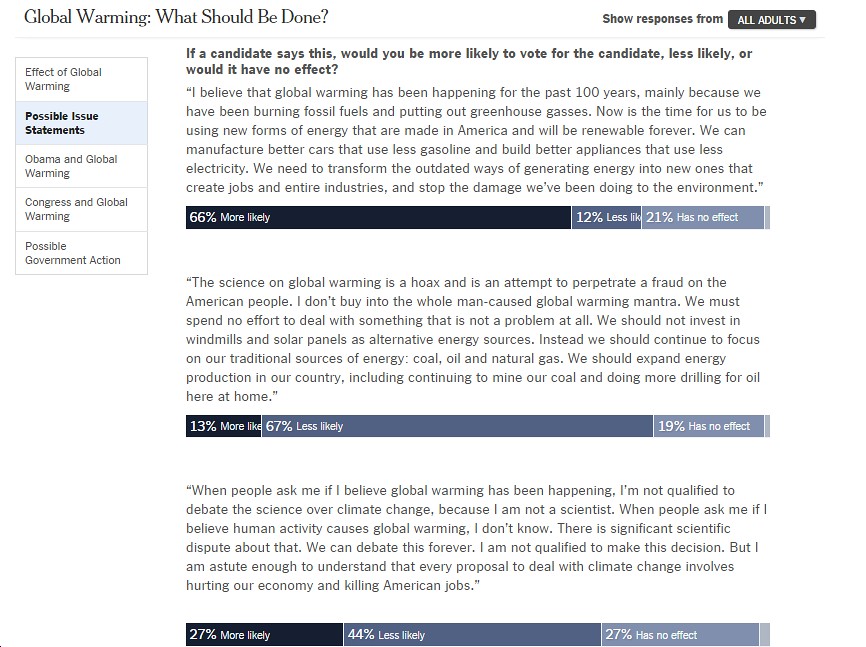 4. Finally, it’s important to note that the above numbers are skewed by…take a guess – yeah, Teapublicans. But here’s the amazing thing: not even Teapublicans buy the bull**** statements about climate change being a “hoax,” while by a 2:1 margin even Teapublicans say they’d be MORE LIKELY to vote for a candidate who agrees that global warming has been happening AND has been caused by humans AND that we should transition from fossil fuels to clean energy. Of course, the members of Congress (and state legislatures) who are 100% bought-and-paid-for by the fossil fuel industry will be hard to sway from their insane anti-science stances, but perhaps the thought of losing their next election might cause them to shift their thinking a bit? 🙂 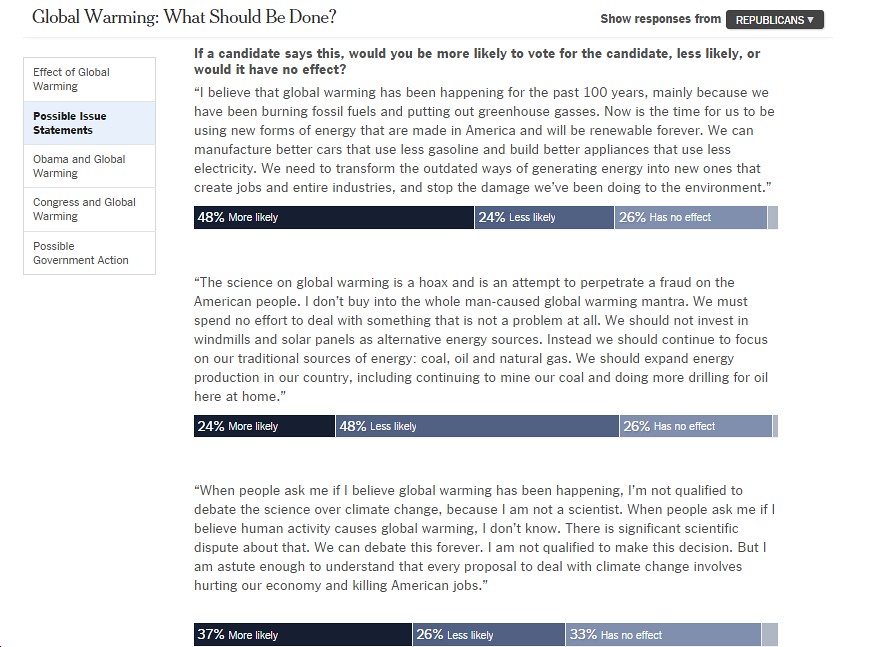 Virginia - and every other "blue" state - needs to do this, ASAP https://bluevirginia.us/2020/09/saturday-news-climate-crisis-the-u-s-is-on-the-path-to-destruction-rip-rbg-can-mitch-mcconnell-be-stopped-trump-laughably-predicts-victory-in-virginia-slams-crazy-northam-as-virginia#comment-5076932697