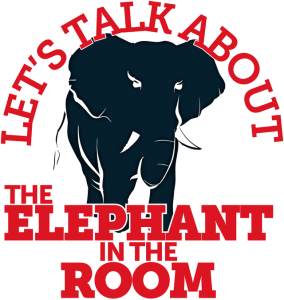 The Democrats’ 2014 election debacle left no room for doubt: Something is seriously wrong with this Democratic Party. Consider this:

* In the 2013-4 Congress, Republicans violated fundamental norms of American democracy, deliberately choosing to keep government from addressing the nation’s pressing problems, showing an utter lack of concern for serving the public good.

* After this travesty took place in plain sight for nearly two years, the American electorate rewarded the Republicans by handing them even more power.

*Democrats coasted into electoral disaster without even trying to focus attention on the Republicans’ unprecedented abuse of the system our Founders gave us.

Sure, there’s plenty of shame to go around- every major component of the American body politic is implicated here.

The Republicans’ conduct has been awful, of course, but there’s no point dwelling on what this party has become. It has been well over a decade since that Party abandoned the integrity and decency of Dwight Eisenhower, Barry Goldwater, and Ronald Reagan.

The Republicans disabled our government right out in the open: making this past Congress the least productive in history; passing bills that they knew had zero chance of being enacted; focusing on provocative but useless gestures such as voting more than 50 times to repeal the health care law; refusing to bring to the House floor an immigration bill that had passed the Senate by more than 2 to 1; never proposing serious solutions of their own.

But apparently voters needed help to see how seriously the conduct of the Republicans had violated this nation’s basic democratic values.  Where could they get that help?

From the press?  For well over a decade, our press has ignored one of the major stories of American history — the rise to power of a force more consistently destructive and dishonest than anything seen before at center stage of American politics (except perhaps for the decade leading up to the Civil War).

But what about the Democrats, whose political interests, and even survival, depended on the electorate’s seeing how the other party had betrayed the nation? If  Democrats wouldn’t bring that issue forward, who would? And if not in a national election campaign, then when?

Since the election, President Obama has become feisty about using the power of his office to get something accomplished despite the Republicans’ do-nothing obstructionism. That’s good. But why didn’t he get feisty before the election – when the people were still deciding to whom to give power — and show the electorate how the Republican Party was trampling on the traditions of our democracy and harming America?

This should have been the central issue of the 2014 campaign. What could be more pertinent to a congressional election than how to get a Congress that will do the people’s business?

But from the Democrats on this issue, including the president, hardly a peep. That left the American electorate hating Congress for failing them but nonetheless inclined to hand still more power to the party that deliberately chose to make Congress the dysfunctional mess they hate.

And whatever is wrong with the Democratic Party is amiss also with the larger culture of Liberal America to which the Democrats give political expression. During the campaign, the liberal grassroots never rose up, in any effective way, to demand that their candidates call out the blatant Republican trashing of our democratic ideals.  Nor has that failure figured prominently in liberal post-election analyses.

Although a sickness evidently pervades the entire American body politic, the initial focus should be on the pathology on the liberal side. It is only from that side that the impetus for rescuing America can come.  The Republican Party — embedded in the rigid political culture that the right has created over the past generation — is not going to change until it is compelled from outside.

We should be asking: What must change for Democrats to be able to provide that impetus?  What is the reason for weakness or blindness  of the Democrats (and Liberal America generally), demonstrated so dramatically by the 2014 election? And what can be done about it?

Those are the questions that I will address in my forthcoming book – to be published this September  — What We’re Up Against: The Destructive Force at Work in Our World, and How We Can Defeat It.

If disgraceful political conduct continues to be rewarded rather than punished, our children and grandchildren will suffer for it.