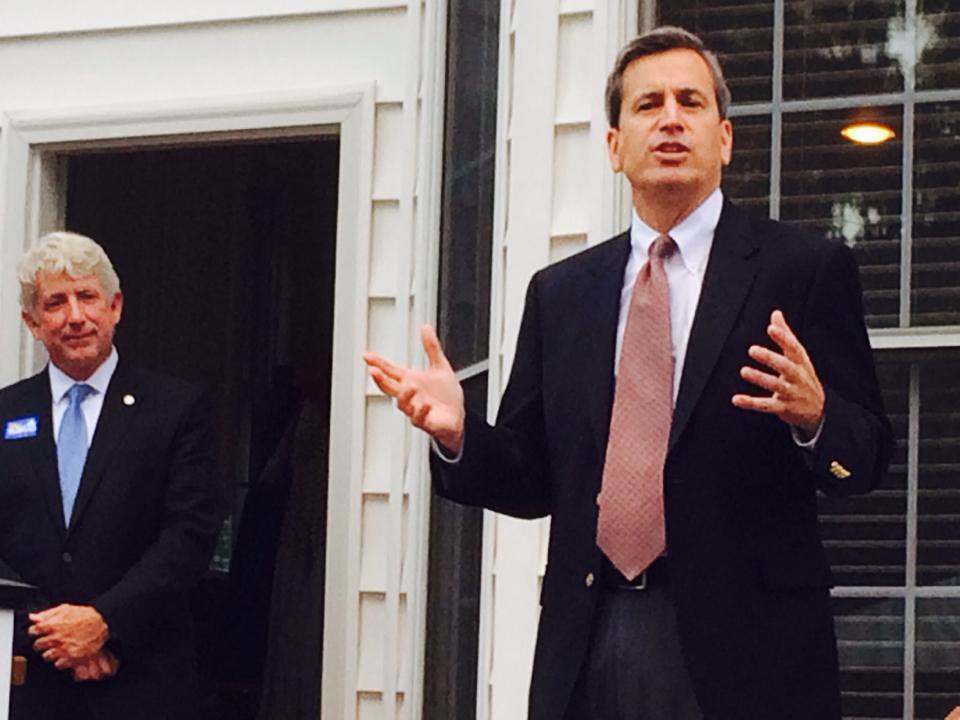 I’m 100% with former 11th CD Democratic Congressional candidate Andrew Hurst on this one (bolding added by me). Go Rip!

Rip will make an amazing representative, and he is a real credit to the Virginia House of Delegates. He is honest, well spoken, practical, passionate, considerate, and very intelligent.

He told some really funny stories about his first few weeks after winning. How he started writing speeches and preparing to speak a lot from the floor, and how inspired he was to advocate for causes he was passionate about. But then he described his meeting with the Speaker of the House, who told him he hoped Rip wouldn’t be “that guy” who speaks from the floor all the time and drives his colleagues crazy. Rip described how his own caucus essentially rolled its eyes at his enthusiasm to fight and introduce legislation. And how the more experienced folks in Richmond were giving him good advice about pulling back, following the “Virginia Way,” and not making waves as the new guy.

I get that a legislature is a working group, and that the newest person has things to learn. But Rip worked hard to be elected, and a majority of voters in his District believe in the ideas he espoused, and believe in HIM.

I really hope he becomes “that guy.” That he speaks his mind on the issues he is impassioned about. That he pounds the table from time to time, and even tips it over on rare occasion. That he shakes up the status quo, introduces commonsense bills that his constituents would be for, and vehemently opposes bad ideas, pulling out all stops to prevent bad action. That he brings some thunder on the left to Richmond…

The “Virginia Way?” The last governor is going to jail. He’ll be joining two former members of the House who disgraced themselves. There hasn’t been a piece of legislation of consequence successfully introduced by a Democratic delegate in recent memory. The coastline of Virginia is going to be erased in the next fifty years, and you can’t even say the words “climate change” in Richmond. The Commonwealth has essentially left hundreds of millions of dollars of Medicaid funds on the table because idealogues don’t like Obamacare. And so on… The NoVa Democrats in the Virginia Assembly, a group of men and women who are incredibly accomplished and talented, have become utterly irrelevant. I can’t see that there is anything to lose by being “that guy,” and I would love to give my support to one...