So, is Rep. Bob Goodlatte BADlatte in the running for worst Congressman in Virginia or in the entire country? At the national level, there’s a great deal of competition, but BADlatte’s blocking of comprehensive immigration reform, his generally far-right-wing record, and now his idiocy on the Voting Rights Act, certainly puts him in the running! Personally, I’m just trying to figure out who’s more of a disgrace to Virginia: a) BADlatte; b) climate science denier Morgan Griffith; c) Bob McDonnell; d) Joe Morrissey; or e) Ayn Rand-worshipping Dave Brat. Thoughts? 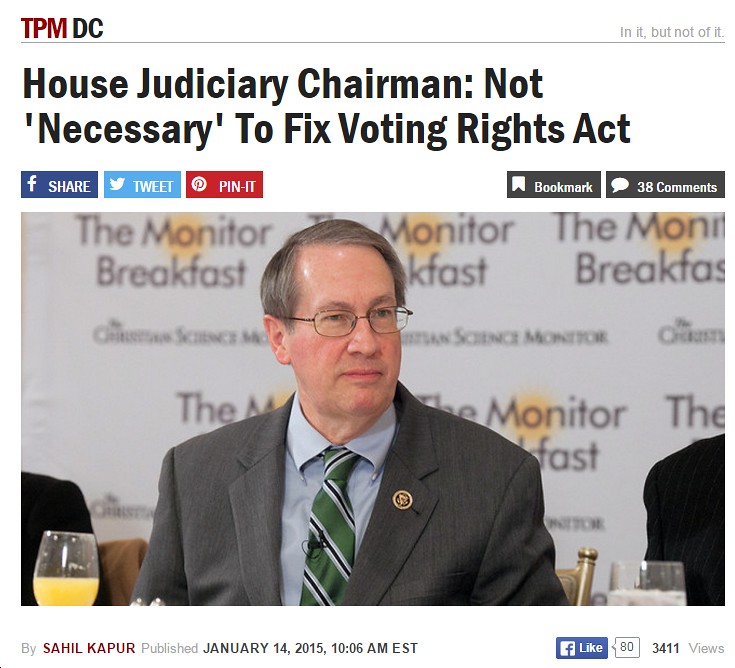