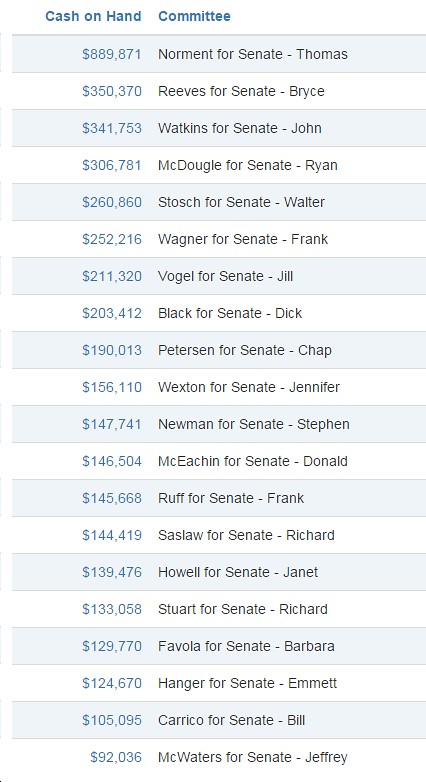 I’ve been perusing the year-end financial reports on VPAP, with a particular eye towards cash on hand for State Senate members, given that control of the Virginia State Senate is the most important thing on the ballot this year. In addition, the shocking news that Democratic Senate leader Dick Saslaw had “roughly $600,000 allegedly embezzled from his campaign account” piqued my interest even further in the status of Senate Democrats’ bank accounts heading into this crucial election year. What I found was not encouraging.

Bottom line: Virginia Democrats appear to be heading into the crucial 2015 election year, with control of the State Senate hanging in the balance, at a serious financial disadvantage to Virginia Republicans. I keep thinking there MUST be a way to look at these numbers and come out with an optimistic conclusion, but damned if I’ve figured it out. Anyone else?