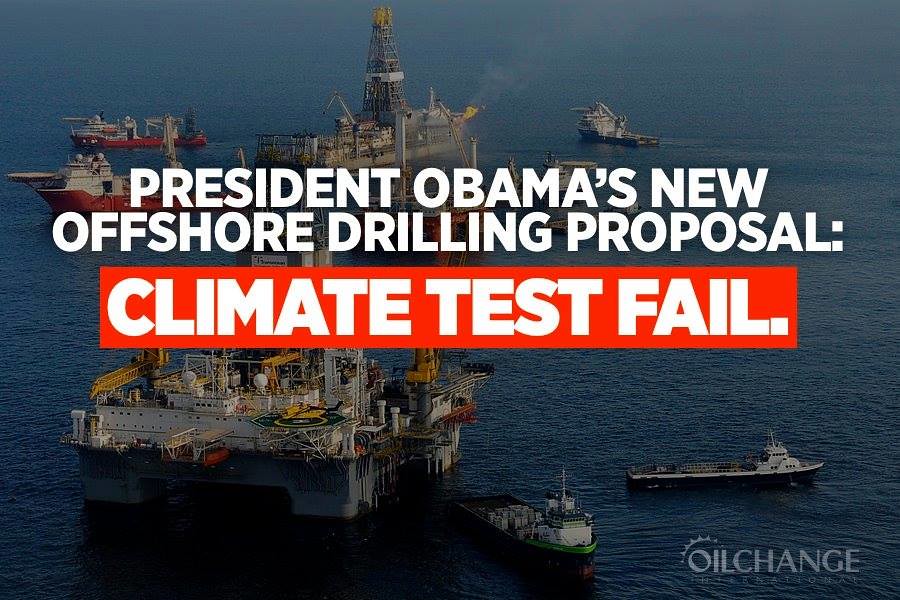 Here are a few national and Virginia news headlines, political and otherwise, for Wednesday, January 28. By the way, that “climate test fail” applies to anyone else who supports drilling off our coast.

*Schapiro: Name from the past in fight for the future (“Dominion is run by Tom Farrell. His brother-in-law, Richard Cullen, leads the company’s law firm, McGuireWoods. It’s where McAuliffe’s chief of staff, Paul Reagan, worked. And don’t forget: Farrell’s son, Peter, is a Republican delegate from Henrico County. The 2004 property-access bill was written by Sen. Frank Wagner, R-Virginia Beach. He’s toying with running for governor in 2017. The bill was signed into law by Gov. Mark Warner. His former consigliere, Bob Blue, is head of Dominion’s Virginia Power subsidiary. It would burn the natural gas, extracted by fracking, that would be shipped via the proposed pipeline. It’s enough to make some people believe in conspiracies. And if that doesn’t, maybe Dominion’s money will.”)

*Mike Watson will forgo run for 93rd District House of Delegates (” Former Delegate Mike Watson announced Tuesday he will not seek re-election to the 93rd District seat he lost to Democrat Monty Mason in 2013, a re-match that many were expecting.”)

*Virginia panel quickly kills proposal to limit high-rate loans (“It took less than five minutes for a House of Delegates committee to kill a bill to shut down a kind of high interest rate loan that keeps piling on debt even when borrowers make their basic monthly payments.”)

*Ocean drilling plan excites local and state officials, upsets critics (It’s not just the risk of spills, it’s going in the totally opposite direction in terms of climate change that we desperately need to be going. I swear, it’s idiocy/insanity like this that truly makes me think humanity is doomed.)

*Offshore drilling possible for Virginia? (Did I mention how stupid and crazy this is? Oh yeah, I did.)

*After botched executions, states add secrecy to the lethal injection process (“The legislation, sponsored by Senate Minority Leader Richard L. Saslaw…would make practically everything about executions in Virginia a state secret – even the building in which they take place. The information would be exempt from the state’s Freedom of Information Act and even off-limits to plaintiffs in most civil lawsuits.” Absolutely unacceptable.)

*Seclusion and restraint limits pass out of Virginia Senate

*Arlington County Board rejects new school plan (“An elementary school was to be built on land at Thomas Jefferson Middle School and Community Center.”)

*Don’t be fooled by sunny skies today; temperatures to hover near freezing

Video, Photos: “Hundreds of Community Members Rolled Out Across Arlington” Saturday in “Ride for Black Lives” (Del. @Lopez4VA: "In Va., the home of the Confederacy, we are now pushing legislation that is leading the country") https://bluevirginia.us/2020/09/video-photos-hundreds-of-community-members-rolled-out-across-arlington-saturday-in-ride-for-black-lives h/t @Alex_Sakes @royermattw