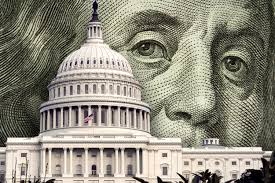 This piece has run as an op/ed in newspapers in my very red congressional district.

Here’s what I bet that historians will say was the No. 1 political battle in the America of our times.

Not the national debt, or abortion, or Obamacare, or immigration, or gun rights.

Instead, historians will say the most important fight was over whether the government of the United States would be the democracy our founders gave us, or whether Big Money would succeed in changing us into a different kind of society altogether.

Most of us are aware that our politics are awash in money like never before. The cost of our campaigns – from state legislatures to the presidency – has vastly increased. This avalanche of money – especially since the Citizens United decision – comes mostly not from ordinary citizens but from billionaires and giant corporations.

As a result, more and more of the decisions made – in Congress, in the White House, at the Supreme Court – favor the rich and powerful at the expense of average Americans.

Right before our eyes, our government – which is supposed to be by and for the people – is being stolen from us.

We need to look at this battle in strategic terms, asking: How is Big Money going about its effort to take over?

It is clear, for example, that it serves the interests of the plutocrats to divide the people against each other.

The more we are at each other’s throats, the less able we will be to unite in defense of the gift our founders gave us. The more we can be made to focus on issues that divide us, the more we will be distracted from the most essential battle on which we must join forces.

We saw this, for example, in the depth of our recent Great Recession, when citizens of all political stripes clamored for action to create jobs. In many states, what we got instead, was a focus on an issue on which Americans’ differences are least reconcilable – abortion.

If two halves of America fight each other, they cancel each other out. That leaves the plutocracy free to work its will.

Consider the various voter suppression bills passed in many states. Voter ID laws claim to be about preventing voter fraud. But study after study shows these laws prevent only a handful of wrongly cast ballots while stopping hundreds of thousands American citizens from having a voice in our elections.

Some Americans don’t see a problem if most of those unfairly disenfranchised would vote for the “other side.” Just seems like good politics.

But if the real battle is not over the issues that divide us, but over The People versus Big Money, then those being disenfranchised are not on the “other side.” They are part of “We, the People,” who must join forces to save our great heritage.

There is a long-term strategy of divide and conquer: Take power from the most vulnerable – who are also least likely to side with the interests of Big Money – and there will be that much less for the plutocracy to contend with down the line, when another slice of The People can be targeted.

We saw this in Scott Walker’s Wisconsin.

A German pastor wrote these famous words about how ordinary Germans let terrible things happen in their country, during a dark time:

First they came for the Socialists, and I did not speak out-

Because I was not a Socialist.

Then they came for the Trade Unionists, and I did not speak out-

Because I was not a Trade Unionist.

Then they came for the Jews, and I did not speak out-

Because I was not a Jew.

Then they came for me-and there was no one left to speak for me.

We are all in this together. If we allow the strategy of “divide and conquer” to succeed, we will have proved ourselves unworthy of the treasure passed on to us from our founders. And we will have failed to protect our children and grandchildren.

Andy Schmookler is the author of the forthcoming book, WHAT WE’RE UP AGAINST: The Destructive Force at Work in Our World — and How We Can Defeat It