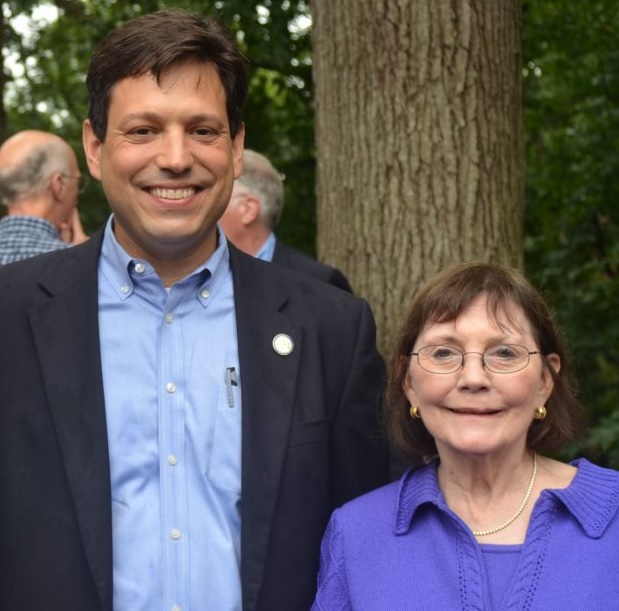 Congratulations to the next great Virginia State Senator from the 36th district, Scott Surovell! 🙂

For 24 years I have served in the state legislature, and for the past 15 years serving the people of the 36th senatorial district. But now it is time for the next generation.

I am pleased to endorse Delegate Scott Surovell for Senate, because I know he is not only a capable leader and passionate advocate, but he is always upbeat and looking to the future.

He was one of the best chairmen the Fairfax County Democratic Committee has ever had. He created new programs and fundraising events to promote Democrats. He showed he was a capable leader willing to work with others to accomplish large goals.

Scott grew up in Mount Vernon and graduated from West Potomac High School, but has never used that familiarity as entitlement. He takes nothing for granted and is a tireless canvasser, knocking on the doors of every one of his constituents along Rt. 1.

He attends “back-to-school” nights and is constantly working to improve the educational opportunities for all children. He has a good relationship with Fort Belvoir, the Gum Springs community and local environmentalists working to protect the Potomac River and estuaries feeding into it.

Scott is well-schooled on the issues of transportation and Route 1. For the past two years, he served with me on the Route 1 Multimodal Analysis Study Executive Committee fighting for a truly multi-modal approach for the community, including pushing for creative thinking for Metro extensions into Fairfax and Prince William counties.

I know once the people in Prince William and Stafford counties get the chance to get to know him, they will embrace him like the people of the 44th House of Delegates district have. I look forward to supporting his candidacy for the Senate.

Delegate Scott Surovell described Senator Puller as “a tireless advocate for the voiceless in our community” and went onto say, “No one else has done more for veterans in the Virginia legislature. Senator Puller’s decades of legislative experience, policy knowledge and seniority are an irreplaceable asset for Northern Virginia. I can only hope to build on the progress that she has made over the years and am thrilled to have her support.”

Video: Leading Up to Censure Vote, Sen. Amanda Chase’s Republican Colleagues Stand Up – One After Another – and Excoriate Her, Urge Her to Seek Help (Has anyone ever seen anything like this?!?) https://bluevirginia.us/2021/01/video-leading-up-to-censure-vote-sen-amanda-chases-republican-colleagues-stand-up-one-after-another-and-excoriate-her-urge-her-to-seek-help