The General Assembly adjourned on Friday, February 27, 2015, at approximately 9:00 p.m.In most sessions, the last minute negotiations surround the budget. This year, it involved ethics reform. As you may have noticed from numerous news reports, Senate Republicans threatened to block any ethics bill from being passed. At the last moment, however, they relented, and we were able to pass modest ethics reform that improves the law somewhat on what had previously been in place. While this law goes farther than previous efforts, it does not tackle the critical issues related to campaign finance reform, including the role of major contributions in election campaigns. That being said, the bill lowers from $250 to $100 the value of gifts, meals, and travel that an elected official can receive from a lobbyist or a person seeking a contract with the state. It also includes any dependents living in the official’s home, such as a spouse, child, or other relative. The bill clearly could have gone farther; the Ethics Advisory Council does not have much enforcement power and there are certain exemptions to the gift ban for legislators’ travel to “widely attended” events such as conferences. I voted for the bill because it is better than our laws were two years ago, but I believe there is still much to be done.

The last days of the session saw a number of measures passed that I had proposed and strongly supported. Included in these were the expansion of the DNA database, a campus sexual assault reporting bill that protects survivors while providing increased encouragement to them to report perpetrators of these crimes, and a bill that requires notations be placed on college transcripts when students are discharged for violations of the codes of conduct. These measures were proposed as a result of The Rolling Stone article on UVa and the Hannah Graham case, and I believe that they will bring a higher level of protection for our citizens while encouraging more reporting of sexual assault on campuses.

During the final days, we also passed:

This session brought changes to extend mental health benefits to about 22,000 low-income Virginians, increased funding for free clinics, legislation to de-criminalize the use of oils derived from marijuana to treat severe epilepsy, and the defeat of a measure that would have shrouded Virginia’s lethal injection process in secrecy by preventing public disclosure of the drugs used in execution.

Little progress was made on common sense gun legislation; the House rejected my bill that would have allowed private gun sellers to voluntarily ask state police to conduct a background check of anyone who sought to buy firearms from them at a gun show (HB2370). Universal background checks and the return of one-gun-per-month were also defeated. At least we were able to defeat a bill that had been offered by some Republicans to put guns in schools and airports. 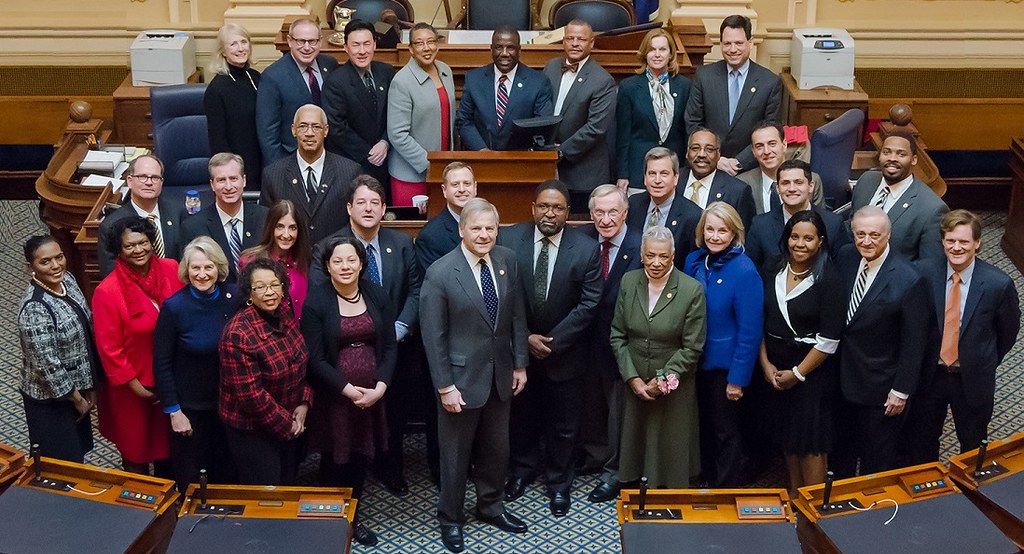 We passed a bill that will allow home-schooled children to participate in public school athletics, and a bill that will allow Uber and other transportation ride-sharing services to operate in Virginia. We passed bills that will establish two new veteran care centers in the Commonwealth and to allow veterans to receive certain academic credits at community colleges for training and educational programs they completed during their military service.

The big disappointment continues to be our failure to pass Medicaid expansion.

The Governor has until March 30 to sign, veto or send amendments to legislation, including the budget. We return to Richmond for the one-day Reconvene Session on Wednesday, April 15, 2015, to address his vetoes and amendments.

Several of my floor speeches from this year’s Session can be viewed here via YouTube.

I have now returned to my law practice, but remain willing to assist you with any issue involving the Commonwealth. Please feel free to call my office at (434) 220-1660, or email me at david@davidtoscano.com with questions or concerns. It is a pleasure serving you in the General Assembly.

So awesome on so many levels! https://bluevirginia.us/2021/01/tuesday-news-biden-to-hit-ground-running-as-he-rejoins-paris-climate-accords-biden-prepares-for-sea-of-challenges-trumps-legacy-american-carnage#comment-5234090276