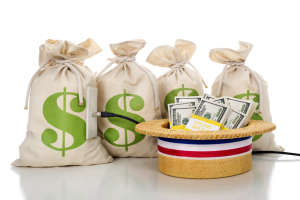 Virginia candidates’ fundraising numbers for the first quarter of 2015 are due today, and they’re starting to trickle in. According to VPAP: “By 6 p.m. this evening, VPAP will post reports from General Assembly candidates and major state party/caucus committees that were received by COB at the State Department of Elections.  Candidates and PACs have until midnight to file their reports. VPAP will update its listing early Thursday morning.” Should be interesting. Anyway, here’s what I’ve heard so far.

AG Mark Herring: His “One Commonwealth” PAC raised $72k and ended with $41k cash on hand.

87th District: With Del. David Ramadan (R) dropping out, this should open up a chance for Democrat Jack Tiwari, but he only raised $1,845, with just $1,377 on hand. Gotta crank that up big time, and fast!