Good for Janet Oleszek, standing up to John Cook’s continued attacks on her. This time, as you can see on the “flip,” Cook is actually implying that Janet Oleszek doesn’t care – as Oleszek points out on Twitter – “sex trafficking, sexual assault awareness or domestic violence.” Of course, the exact opposite is true: Oleszek cares DEEPLY about all those things, and would be a strong advocate in all those areas on the Fairfax County Board.  So why would John Cook say such obnoxious things? Because, obviously, he’s trying to raise money from his right-wingnut base, and this is the type of red-meat, moronic rhetoric they love to hear about evileviltaxandspendblahblahblahliberals™ So here’s Cook’s “reasoning” in a nutshell: if someone doens’t attend HIS meetings and events on whatever topics, that means they don’t care about those topics. Logic 101 #FAIL Or, as Janet Oleszek puts it: “The 99.99% of Braddock residents (including me) who did not attend your meetings doesn’t indicate a lack of interest in topic.  It actually just indicates a lack of interest in listening to you.” ZING!!! 😉 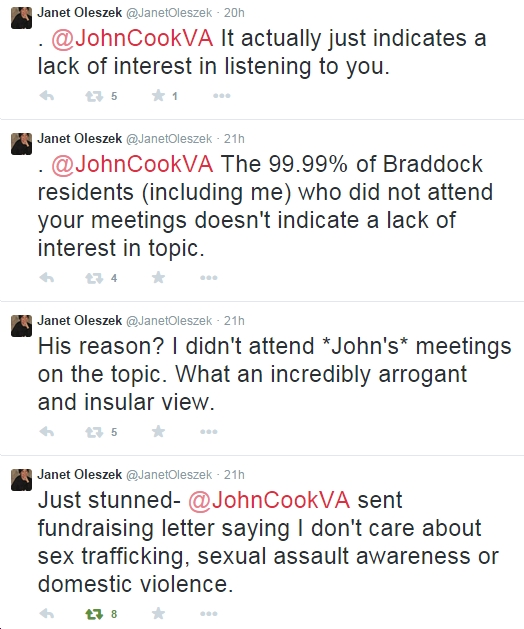 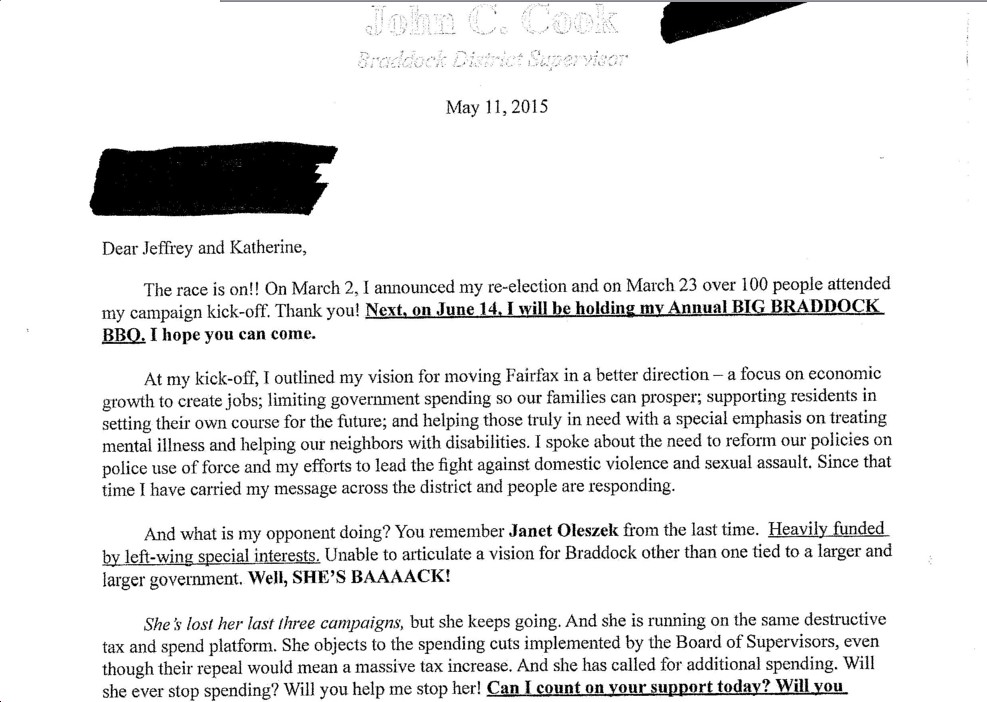 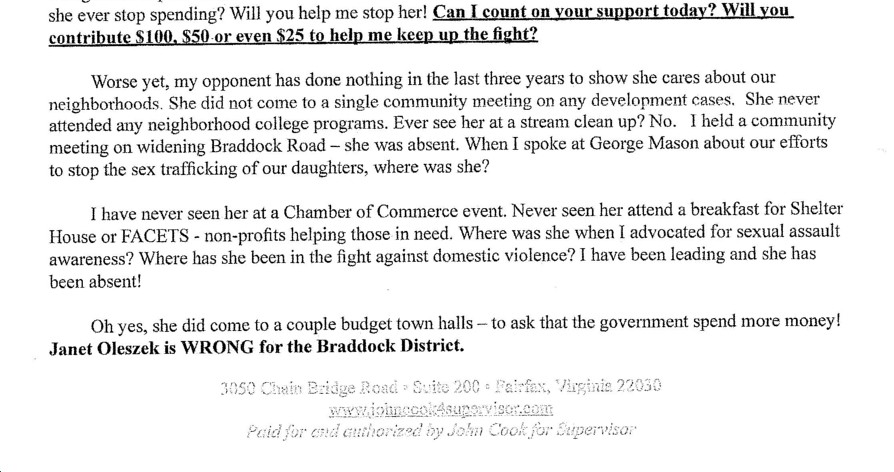 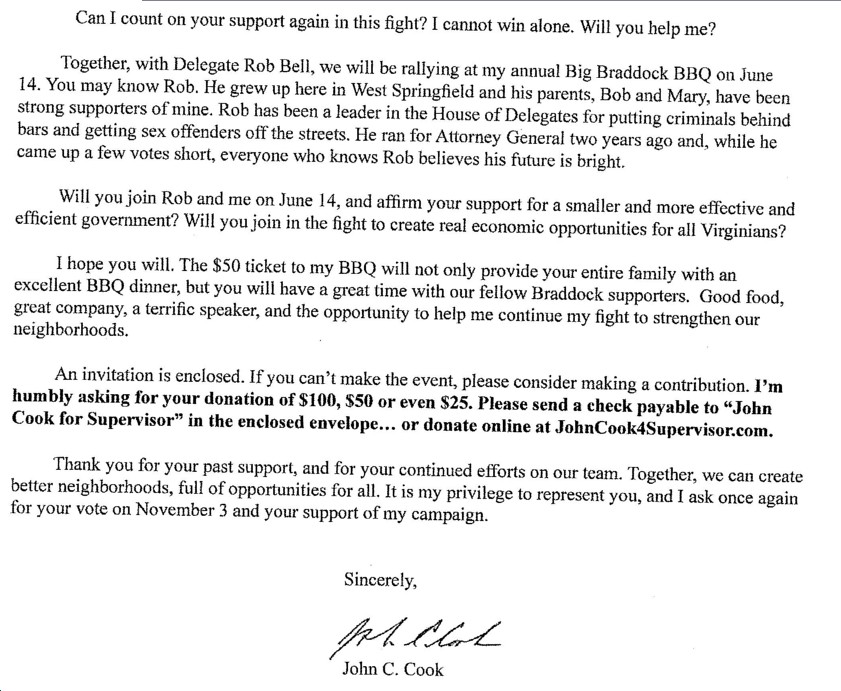