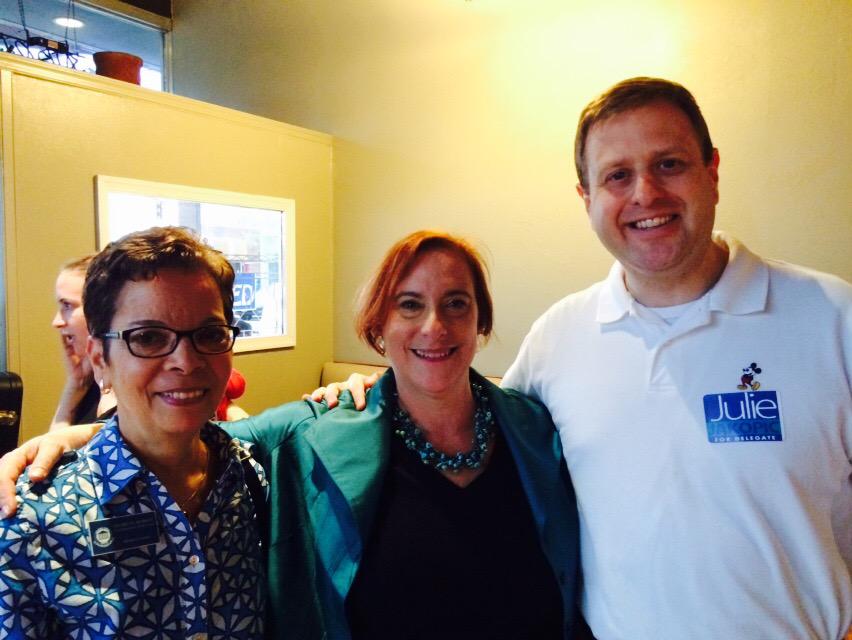 When it comes to endorsements, Julie Jakopic got out to an early lead in the 45th House of Delegates Democratic primary race, with current Del. Rob Krupicka announcing his support for her candidacy, along with State Senator Dave Marsden and Delegates Patrick Hope, Kaye Kory, and Eileen Filler-Corn, among others (e.g., Arlington Commissioner of the Revenue Ingrid Morroy). I checked Clarence Tong’s, Mark Levine’s and Larry Altenburg’s websites and Facebook pages, and didn’t see any endorsements by elected officials for them. As for the remaining candidate, Craig Fifer, I just received the following press release (see the “flip”), which indicates that he’s at least caught up to Julie Jakopic in terms of the number endorsements by elected officials for each of them (I count six for Jakopic, seven for Fifer).

The question is, how much do endorsements by elected officials matter (and do certain ones, for instance ones in the district, outweigh others)? My guess is that in this race, the most important thing will be local ties, plus the strength of campaigns in terms of ability to reach voters and get them to the polls. Endorsements certainly won’t hurt, though, in communicating with voters. Meanwhile, I’m a bit surprised at the lack of endorsements for the other three candidates not named Julie Jakopic or Craig Fifer; any ideas why that might be the case? Also, to what extent do these endorsements indicate which candidates are seen as most likely to win by elected officials?

P.S. Please let me know if I missed any others…

Alexandria, VA – Additional current and former members of the Virginia General Assembly have announced their endorsements of Craig Fifer’s campaign for the Virginia House of Delegates from the 45th District. The announcements come on the heels of endorsements by Sen. Adam Ebbin and Del. Alfonso Lopez earlier this week.

General Assembly members who have formally endorsed Fifer now include:

Fifer also received the endorsement of former Delegate Richard Cranwell, who previously served as the House Majority Leader and the Chairman of the Democratic Party of Virginia.

These members have more than 110 years of combined legislative service, giving them a deep understanding of what it takes to be a member of the General Assembly.

Delegate Jennifer McClellan said, “I’m endorsing Craig because I know he’ll be a strong ally in Richmond and an effective voice for his district. Like me, Craig believes everyone in our Commonwealth deserves a chance to succeed.  I look forward to working with him on issues that matter to all Virginians, like expanding opportunities for women and minority owned businesses, ensuring families have access to affordable pre-K and child care, and protecting a woman’s right to choose.”

Fifer said, “I am honored to earn the support of so many elected officials who believe I’ll be the best choice to join them in Richmond.  I look forward to working together to ensure dignity and opportunity, safe and sustainable communities, and effective and transparent government for all Virginians.”