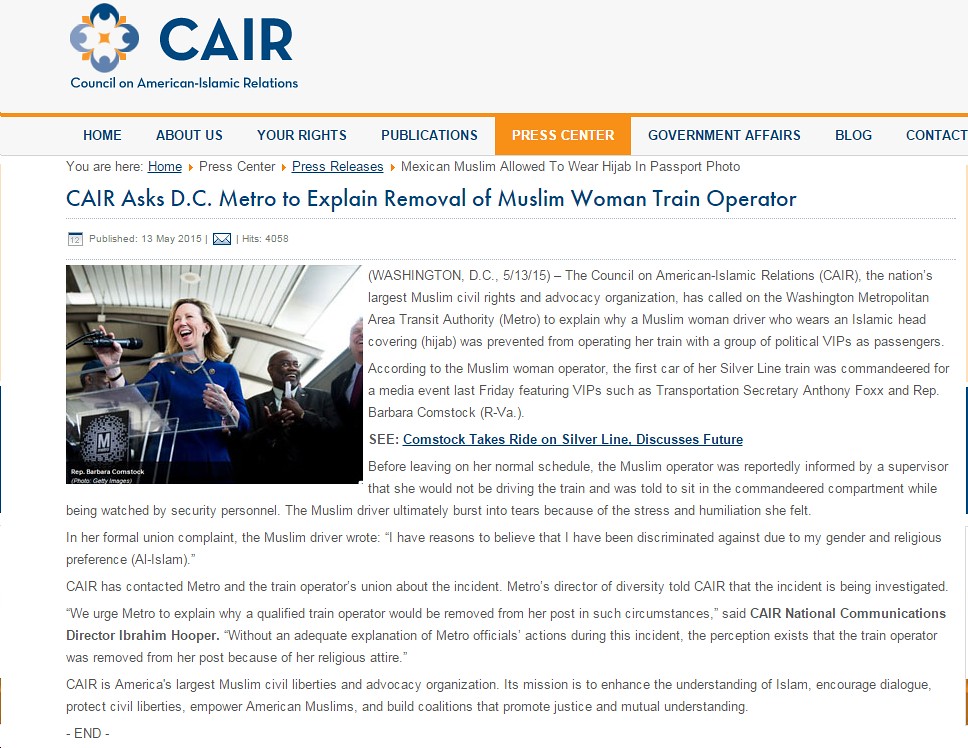 The Council on American-Islamic Relations (CAIR), the nation’s largest Muslim civil rights and advocacy organization, has called on the Washington Metropolitan Area Transit Authority (Metro) to explain why a Muslim woman driver who wears an Islamic head covering (hijab) was prevented from operating her train with a group of political VIPs as passengers.

According to the Muslim woman operator, the first car of her Silver Line train was commandeered for a media event [on Friday, May 8] featuring VIPs such as Transportation Secretary Anthony Foxx and Rep. Barbara Comstock (R-Va.)…

Before leaving on her normal schedule, the Muslim operator was reportedly informed by a supervisor that she would not be driving the train and was told to sit in the commandeered compartment while being watched by security personnel. The Muslim driver ultimately burst into tears because of the stress and humiliation she felt.

What on earth caused THIS to take place? Rep. Comstock, any comment?

So, will Bob Good face any legal consequences for this? https://bluevirginia.us/2020/09/tuesday-news-global-coronavirus-death-toll-tops-1-million-as-u-n-chief-warns-that-misinformation-kills-trump-is-the-biggest-loser-dont-omit-climate-questions-f#comment-5089803577